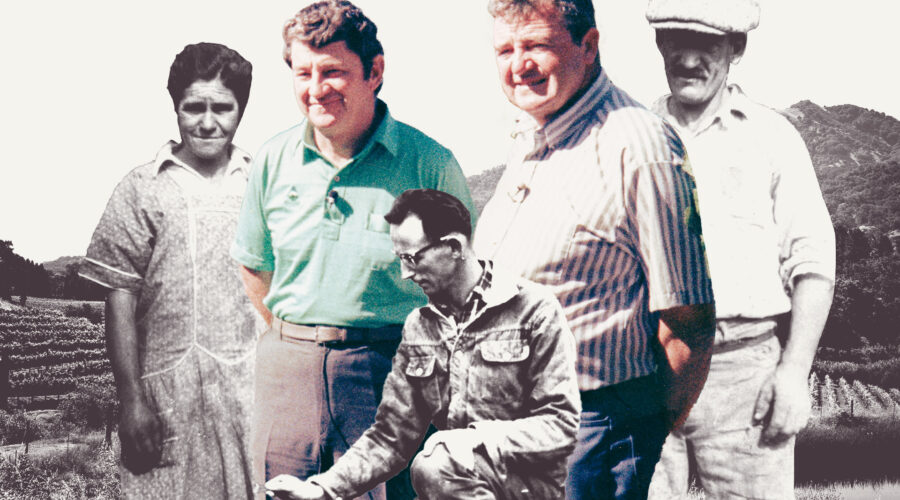 
Winery names like Mondavi, Martini and Sebastiani are household names among wine drinkers. Italian Americans established these wineries in California in the early 20th century and their brands grew big over time. So big, in fact, that they became acquisition targets for the largest wine companies in the country and lost their founding-family connections.

Names like Barra, Graziano and Testa are not nearly as well-known, but these and other Italian-American families in Mendocino County have kept their heritages intact. Third-, fourth- and fifth-generation winemakers continue to farm their vineyards and fill their cellars, making high-quality wines in the warm inland hills and valleys surrounding the city of Ukiah.

This region became a rural Little Italy from the 1910s through the 1960s, as new immigrants settled in and around the small towns of Hopland, Redwood Valley and Calpella. They got to work, went to mass, married into each other’s families, had the occasional squabble and created their version of the American dream.

Of course, many had brought with them grape-growing and winemaking knowledge passed down for centuries. They quickly grasped that Mendocino County’s Mediterranean climate would be excellent for wine. “I am sure that’s why my grandfather settled here,” says Maria Testa Martinson of Testa Vineyards. “The way the land looks like northern Italy. The hills are the same and the trees look the same. He came, he saw the opportunity and he did it. That’s why we feel proud of him.”

There’s also a nuanced red blend unique to the county, called Coro. Each winemaker makes this “chorus” of a red wine with Zinfandel and a harmonizing mix of other varietals. Before bottling, each wine must pass a chemistry evaluation and multiple taste tests by winemaker members. Then all the producers use the same embossed bottles and labels to set the Coro wines apart.

The winemakers involved don’t have to prove any Italian heritage to participate in the Coro program, but it’s still a fitting tribute to the pioneers of this tight-knit community in Mendocino County.

Martha Barra steers with a steady hand the Barra of Mendocino winery, founded in 1995 with her husband, Charlie Barra, who died in 2019. Charlie was born in 1929 in Calpella from Piedmontese immigrants. He began pruning vines at age 10 and became an innovative viticulturist who sold grapes to the Parducci family and others. Today, Martha’s children, Shawn Harmon and Shelley Maly, are fully involved with Barra and its sister brand, Girasole.

Len Brutocao was born to immigrants from Treviso who arrived in America in 1910. He married Martha Bliss, whose father was already growing grapes in Mendocino County. The two families joined forces and made their first commercial wine in 1980. The couple’s sons David, Len and current CEO Steve are the third generation; the fourth is also involved. To show how intertwined many families are, Brutocao winemaker Hoss Milone’s grandfather tilled the original Bliss vineyard.

Fourth-generation winemaker Rich Parducci and family members continue the Parducci legacy at McNab Ridge Winery after the sale of their original winery and brand name in 1999. Adolph Parducci had come to the United States in 1912. His son, John Parducci, became an outspoken figure in Mendocino and among the first to vinify his own grapes and bottle wine under the family name.

Winemaker Maria Testa Martinson, husband Rusty and other family members banded together in recent years to restore the 1927 family home and cellar in Calpella and take advantage of the surrounding acres of gnarled heritage vines that date as far back as 1912. They launched Testa Vineyards wines using only grapes they grow themselves. Maria is a fourth-generation Italian American, whose mother also came from a Mendocino wine family, the Garzinis.