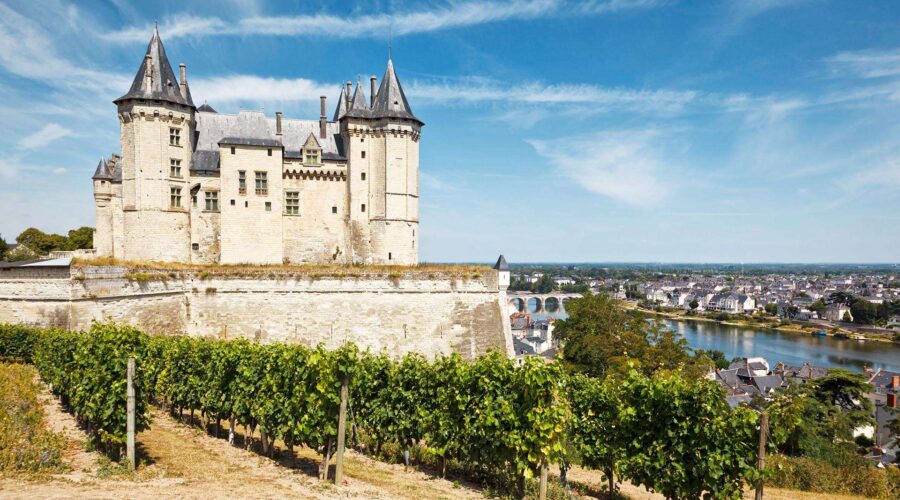 
Located along France’s longest river of the same name, the Loire Valley—aka Centre-Loire—is a picturesque region known for its chateaus, royal abbeys and a rich winemaking history that stretches over 2,000 years.

The region is also famous for popular white wines such as Sauvignon Blanc and Chenin Blanc, rosés like Rosé de Loire and for its diverse selection of Appellation d’Origine Protégée (AOP) wines.

Here’s a look at the region’s geography, history, top grapes and more.

The Geography and Climate of the Loire Valley

Starting at the Atlantic Ocean, the region extends 174 miles east along the Loire River. Running west to east, the Loire is broken up into three major regions: the lower region of Pays Nantais; the middle region of Anjou, Saumur and Touraine; and the upper region of Sancerre and Pouilly-sur-Loire.

“Geography, soil and climate are the elements that make up the Loire Valley’s terroir and are different from place to place,” says Jean-Christian Bonnin, winemaker and fourth-generation owner of Famille Bonnin Wines.

For instance, Pays Nantais, situated on the Atlantic Ocean, has a maritime climate marked by mild autumns and winters and hot, humid summers. Wines from this region tend to be dry, and fresh with citrus and mineral notes.

Travel east to the middle region the encompasses Anjou, Saumur and Touraine, and you’ll find yourself in a semi-maritime climate, as the area is protected by the hills of Saumur.

“In Saumur, our terroir is influenced by a mild oceanic—never too hot, never too cold climate—aka ‘Douceur Angevine’ with moderate thermal amplitudes,” says Nicolas Emereau, general director of Alliance Loire.

As a result, the rosés and red wines tend to exhibit aromas of red fruits and flowers, while the whites exhibit honeyed floral notes with hints of tropical fruits.

The Loire doesn’t just have a wide range of climates, though.

“Climate is important, but type of soil means everything when it comes to the taste of the wine,” says Xavier Amirault, winemaker and owner of Domaine Amirault in Saint-Nicolas-de-Bourgueil, France. The soil varies from region to region and has a large influence on grape varieties and vine growing practices.

History of the Loire Valley

Winemaking in the Loire dates back 2,000 years to when Romans planted the first vineyards in the Pays Nantais region. Over the years, they expanded to what is now Sancerre and Anjou.

In 582 A.D., Gallo-Roman bishop Grégoire de Tours took note of the vineyards in Sancerre and Touraine and wrote about the Loire’s offerings, helping to grow the wine’s popularity. By the Middle Ages, the vineyards were mostly in the hands of Augustine and Benedictine Catholic monks, who were vital for centuries in the growth of various Loire vineyards after the fall of the Roman empire and through the Renaissance.

From the Middle Ages until the mid-19th century, winemakers exported their barrels and bottles to England via the Loire, Sevre and Maine rivers. Demand further promoted trading and the development of vineyards along both sides of the riverbanks.

The Loire and Phylloxera

In the late 19th century, the phylloxera outbreak in France wiped out all the vineyards in the Loire Valley. The pest appeared in French territory in the 1860s as global travel became more widespread.

“The phylloxera of the vine is a tiny aphid native to America,” says Bonnin. “The tiny aphid destroys the roots, so the vine dies. Some varieties are resistant to this aphid, but the quality of the grapes like Chenin and Cabernet Franc diminished.”

With new AOP plantings after the phylloxera catastrophe, trade continued to intensify right through the 20th century as the Loire regained its clout.

Vintners created the Loire Valley AOP label system in 1936. This system covers the grapes that may be used, the vineyards that grapes may come from and the production methods. Today, there are 51 AOP regions in the Loire.

There are also winegrowers working with the National Institute of Origin and Quality (INAO) to create new appellations in the Loire. (The INAO studies the plot’s geological soil identity and if it’s in coherence with the goal of this new appellation, they approve it.) They include Bonnin, who is in the process of creating an “Anjou Blanc Cru” appellation for winegrowers who have Chenin vines planted in this area.

“Roughly all Anjou wine growers have two kinds of Anjou Blanc: one light style and one strong style,” says Bonnin. “So, the members of the appellation decided several years ago to create a special appellation for the stronger wine with a complement name ‘Cru,’ followed by the name of the territory.”

A majority of Loire Valley wines are made from single varietals.

Cabernet Franc is the Loire’s signature red variety, which is also used in rosé and sparkling wine blends.

“We have a special affection for our emblematic grape varieties Chenin Blanc and Cabernet Franc, which can express freshness, elegance and aromatic complexity,” says Emereau. “They also have an assertive personality and can be hard to tame, but with special care, patience and daily work in the vineyard, they can produce sublime wines.”

Other reds include Gamay, which is used as both single and blended varietal; Côt, aka Malbec; Grolleau; Pineau d’Aunis; Cabernet Sauvignon; Pinot Meunier; Négrette; and Merlot.

Today, 60% of the Loire Valley’s vineyards are either sustainably or organically farmed. The goal is to be 100% organic by 2030.

To reach that goal, most pesticides have been replaced by grazing or mechanical tillage over the years. Winemakers have also turned to forest and bocage hedges to encourage biodiversity.

“More than ten years ago, we made the choice for biodynamics, as we wanted to return to viticultural practices that place the earth and the soil where our vines grow, as a living whole [and] a living environment,” says Amirault. “With this principle, we wish to preserve the life of the soil and stimulate the plant’s defense capacities, and correct imbalances that can lead to diseases with products that will not impact the soil and therefore the terroir.”

Winegrowers have also been thinking about future disease outbreaks that could destroy crops.

In short? Practices like these will hopefully ensure the Loire Valley remains a wine-producing powerhouse for a long, long time. 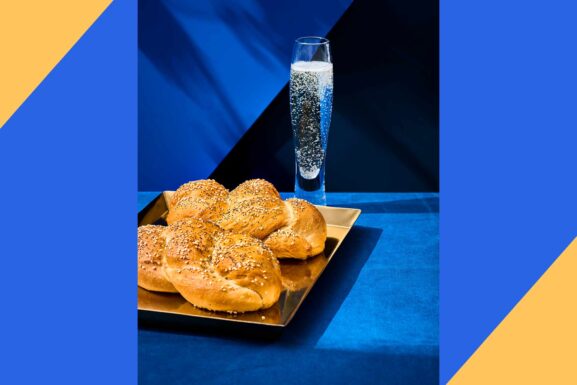 This Vegan Challah Makes a Perfect Pair for Prosecco 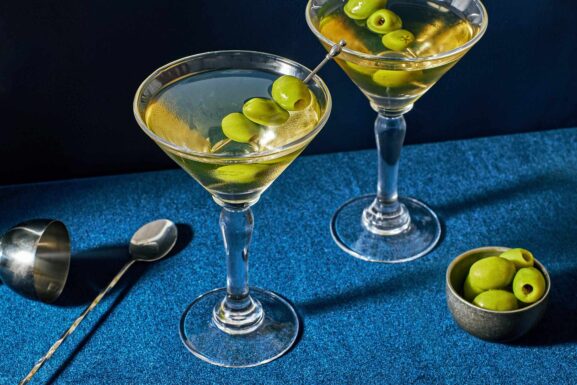 The Briny Origins of the Dirty Martini