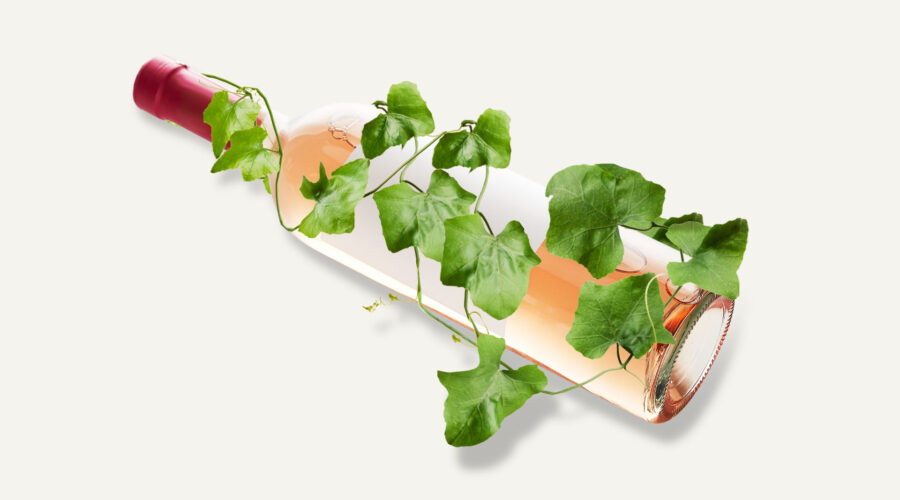 Natural wine or low-intervention wine has exploded over the last few years and has proven it is here to stay. From Mexico and Austria, to New Zealand and Puerto Rico, natural wine permeates through all pores of the wine industry. Now, Germany is the latest country to experience a significant emergence of producers following the movement.

What Is Natural Wine?

There is no official definition of natural wine. Generally, however, it’s accepted that the term “natural wine” describes wines made with organic (or biodynamic) grapes that are spontaneously fermented. The result is then bottled without any additives, except for limited amounts of sulfur dioxide up to 50 milligrams per liter (although many don’t use it at all). For more information, check out our beginner’s guide to natural wine.

The Transition to Natural Wine in Germany

Like most countries, Germany does not have a legal definition for natural wine. Typically, the wines are labeled under the Landwein or Deutscher Wein (the German equivalent of table wine) designations, as they don’t meet the rules of the stricter Qualitätswein category.

“I’ve never used sulfur, but I could accept [limited use] for the definition,” says Jakob Tennstedt, of the eponymous winery in the Middle Mosel, who crafts some of the finest Rieslings in low-intervention style today.

Tennstedt continues, “For me, it is really important that if you say you’re making natural wine, the grapes come from organic vineyards.” This is especially true in the Mosel, since most sites are divided between numerous growers and many work conventionally.

Additionally, in the very steep, terraced vineyards of Terrassen Mosel, all spraying is done by a regional helicopter service that doesn’t use organic sprays.

“This is due to the sheer difficulty of spraying by hand in our scariest and oldest vineyards with limited manpower,” says Canadian-born Derek Labelle of Madame Flöck winery located in Winningen, in Terrassen Mosel. Since 2019, he has been working on an organic conversion with his American-born business partner Robert Kane.

“Our hope would be to have a fully organic Terrassen Mosel, and we have a tremendous amount of support from our fellow Winningen winemakers, but our peers are taking a wiser, more prudent ‘wait and see’ approach, rather than diving right in and potentially risking it all,” says Labelle.

The Impact of Natural German Wine

Natural winemakers have an important role in preserving the old vineyards, especially in Mosel. “They work in vineyards that are really hard to farm but have incredibly important historical genetics [of old, ungrafted, pre-phylloxera vines],” explains Stephen Bitterolf, founder of a New York-based wine importing company Vom Boden, which specializes in German wine.

“They are literally saving the history of the region and defining a new Mosel, [but it’s important to mention that] a lot of classic estates are doing this too,” notes Bitterolf.

In that sense, by avoiding harmful chemicals and preserving old vines, natural winemakers are important from an ecological standpoint. Take Brand Bros, a winery in Northern Pfalz run by brothers Daniel and Jonas Brand, who converted their farming to organic back in 2014. Today, their vineyards resemble some of the prettiest gardens that have inspired many young winegrowers in the area.

Natural wines are also adding diversity to the overall picture of German wine. Natural winemakers work with historical, but less popular varieties, like Elbling, Dornfelder and Frühburgunder. In some cases, they work with old vines of these varieties, like Jonas Doster in Obermosel (Upper Mosel), whose Elbling bottlings make you reconsider everything you know about this humble grape.

Additionally, natural winemakers are redefining German Riesling as a whole. For the last 50 years, Germans championed off-dry and sweet-style Riesling, such as Kabinett, Spätlese and Auslese. The vinification process for sweeter wines involves stopping fermentation by adding copious amounts of sulfur dioxide—the opposite of natural wine.

Consequently, natural winemakers only make dry wines. However, they are not pioneers of the dry style. The most prominent pioneers are Verband Deutscher Prädikatsweingüter (VDP) members, an association of more than 200 German wine estates that promotes binding quality standards and ecological management of its members. Some members of VDP create Germany’s most renowned dry wines such as Grosses Gewächs (GG) that come from Grosse Lage (or grand cru) vineyards.

But most GG producers still use a process where they add sulfur dioxide before malolactic fermentation (malo) is complete. This blocks the process of malo, producing wine that maintains the aromas and flavors associated with German Riesling. In comparison, natural wine goes through malo, as it must occur to mature and bottle a stable wine without adding sulfur dioxide.

“It is a natural thing that wants to happen, so why stop it?” questions Alex Saltaren Castro, who produces natural wine in Rheingau while simultaneously working for the renowned biodynamic grower, Peter Jakob Kühn.

“If you allow malo, you lose freshness, but I like it, as it adds complexity and texture,” says Jan Matthias Klein, a seventh-generation winemaker at the 32-acre Staffelter Hof winery.

A New Wave of Natural Winemakers

Since 2014, Klein has also produced wines under his name, bottled unfined, unfiltered and without any additives. He says, “It is exciting to make wines solely from grapes.”

Klein is a rare example of a winemaker running a winery that has centuries of history behind him, but is still courageous enough to try new things. For many others, it is not easy to experiment with the unknown, especially if there is a chance of ruining centuries’ worth of reputation. Hence, most natural winemakers in Germany are either winemakers who didn’t previously enjoy huge fame internationally, foreigners or Germans who come from outside wine country.

“They don’t have hundreds of years of tradition to live up to,” says Klein’s importer, Evan Spingarn, who manages the German portfolio for Bowler Wine, a national wine and spirits importing and distribution company. “But with the emergence of natural wine, now they can experiment without being punished for it.”

One of the other locals and natural wine pioneers is Rudolf Trossen, who converted his entire estate in Mosel to biodynamic farming back in 1978. Trossen for years made classical wines with biodynamic grapes, and few heard of him until 2010. Then, sommeliers from the renowned Copenhagen restaurant Noma encouraged him to make natural wines, and word started to spread.

Trossen’s contemporary, Dr. Ulli Stein, also from Mosel, was also encouraged by Noma sommeliers. Ohne (meaning “without” in German), his cuvée, is one of the first German Rieslings bottled without the addition of sulfur dioxide.

Today, Stein is joined in the vineyard and cellar by the Finnish-born, Amsterdam-raised Philip Lardot, who also has an eponymous winery in the region. Lardot crafts four distinct Rieslings, but also works with Müller-Thurgau, Pinot Gris and Pinot Noir. He gives his wines at least a year of aging without any sulfur added, adding just 20 milligrams per liter of sulfur dioxide right before bottling.

Another noteworthy foreigner in the Mosel is Finnish-born Petra Kujanpää of Shadowfolk Vineyards. Kujanpää focuses exclusively on Riesling, which she farms by hand in the steep 60 to 100 years old vineyards. She applies biodynamic principles to her work and crafts wines with prolonged skin maceration (sometimes up to 270 days), bottled without sulfur dioxide.

Outside of Mosel, most winemakers focus on varieties other than Riesling. In Baden, look for wines from Enderle and Moll, with a special focus on their Pinot Noirs, which show taunting complexity. Florian Moll and Manfred Enderle started the winery in 2007 and were one of the original natural winemakers in the country.

Since 2018, they have had some competition. This is when Alex Götze and Christoph Wolber, two passionate Burgundy lovers, released the first Pinot Noirs from their Wasenhaus winery. The wines quickly created an incredible buzz, justifiably, as these are some of the most alluring Pinot Noirs in Germany.

While natural wine continues to spread through Germany’s wine scene, it’s definitely a region to keep an eye on for environmentally-conscience and interesting pours. If you’re curious about Germany’s burgeoning natural wine scene, these additional producers are ones to watch.

Founded in 2014, winemaker Daniel Schweizer incorporated sustainable practices and spontaneous fermentation with natural yeasts from the environment, making for unique wines every year.

This urban family winery was founded in 1842 in the northern part of Bavaria, but made the change to natural wine production in 2012. The wines are farmed organically, without additives and are bottled without fining, filtering or sulfites.

Andi Weigand has been creating natural wines since 2018. The vineyards, which are harvested by hand, are certified organic and as old as 60 years old. They are grown in very old and unique stony soil, creating herbal, spicy and fresh wines.