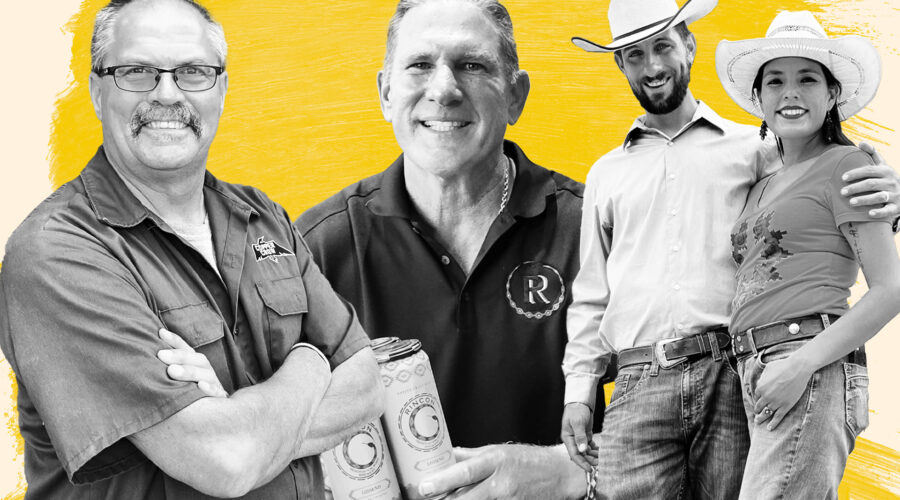 
As Indigenous Americans are taking their rightful place in tourism and hospitality, many are also shining a light on drinks, including ingredients and techniques that are important to their individual cultures.

We spoke with five people currently working with Indigenous food and drinks about their current projects and what they are most excited about now, in terms of the beverages they make and/or serve. Of note: in addition to thoughtful approaches to wine, beer and spirits, many Indigenous-owned venues prefer to focus on drinks that don’t include alcohol. Sugar, which is considered a colonial ingredient, also is notably omitted from some programs.

Of course, ingredients and approaches to drinks vary widely, depending on the region and various tribes, as well as the individuals making the drinks.

“There are more than 500 recognized tribes in the U.S.,” explains Danielle C. Goldtooth, an Arizona-based bartender, rancher and entrepreneur. “The one thing we all have in common is there are only so many of us left.”

At Copper Crow, which makes vodka and gin from Wisconsin whey, as well as a wheat-based vodka and rum, “most of what we do with spirits is no different that what anybody else does,” Basina explains.

That’s a deliberate choice. “We try really hard to walk a pretty fine line when it comes to mixing the heritage and particularly Indigenous foods,” he says. Case in point: while wild rice grows abundantly in the Great Lakes region, Basina won’t be making it into vodka.

That said, “we don’t hesitate to use seasonal sugar sources in our cocktails in the tasting room,” he says. Indigenous ingredients like maple and birch syrup sweeten drinks, while strawberries, raspberries, blueberries and apples are cocktail mainstays.

A year ago, Goldtooth began what she describes as “a trek for food sovereignty”: she moved her family from Phoenix to Dudleyville, Arizona, where her husband became a rancher, and she learned how to slaughter animals. Her company, Dii IINA, means “this life” in Navajo, and it’s about helping her community “fend for itself and find ways to feed itself.”

Foraging is part of the mission, and ties into her previous work as a bartender. One current project: a dinner pairing collaboration with winemaker (and film-maker) Sam Pillsbury of Pillsbury Wine, for which she makes cocktails with syrups made from foraged saguaro fruit; a kumquat shrub made with kumquats grown in Pillsbury’s yard, or a tincture made from corn steamed in an earthen oven. “A huge portion of my cocktail program is based on foraged and farm-fresh goods,” she explains. “When I use ingredients that come from my heritage, I’m proud to share.”

As a Native American bartender, she also sees education regarding alcohol as part of her mission, including dismantling harmful stereotypes and raising visibility for her community.

At Kai, a restaurant located in the Sheraton Grand at Wild Horse Pass, the menu spotlights seasonal ingredients farmed on the nearby Gila River reservation, which houses two Indigenous groups, the Pima and Maricopa tribes.

Kai, which means “seed” in the Pima language, also features items from the Native Seed/SEARCH Foundation, a Tucson-based nonprofit dedicated to preserving ancient lines of Native American seeds that would otherwise be extinct.

For the drinks program, “everything we use, we try to source as local as possible,” says Greenspon (who is not Indigenous American). For the cocktail program, that means working with a forager to acquire certain ingredients. “We take mesquite beans, which the Indigenous grind into flour for bread, and boil them into a sweetener for some of the cocktails, as opposed to agave or simple syrup or honey,” he says. Saltbush, a local plant with a naturally salty flavor, also is foraged. “We’ll dry the leaves and grind them with a mortar and pestle, and use it on the rim of a Margarita as opposed to salt.”

For Keyes, building Skydance Brewing was a bittersweet homage to his father, an avid home brewer. During his college years, Keyes began working in a brewery, eventually becoming manager.

“My dad would come in and drink beer, and we’d talk about how we wanted to open a place like that,” Keyes recalls. When his father passed away, “I decided right then and there I’d start my brewery and not just talk about it for the rest of my life.”  While the pandemic slowed his plans, the brewery opened in October 2021.

IPAs are a particular focus, and many of the whimsical beer names connect to Indigenous culture or tell a story. Fancy Dance, his best seller, refers to “a dance we have in our pow-wow,” he explains, while Skoden, a triple IPA, refers to a Native slang term popularized by the Reservation Dogs TV series that means “Let’s go then!”

“Most of the people who drink our beer are non-Native.” Keynes notes. “This is our way to share the culture and demystify it and make the culture more approachable for people.”

Named for the Indigenous trail known as Rincon Reservation Road, this is Southern California’s first Native American owned and operated brewery on tribal land. In 2019 the brewery rebranded as “3R Brewery” and opened a tasting room off the reservation, in Ocean Beach.

The brewery makes eight core beers, including “Rez Dog” Hefeweizen; hazy and clarified IPAs; and a seasonal beer made with local fruit created to serve at the annual August fiesta, a gathering for all the surrounding reservations.

Looking ahead, 3R is planning to farm hops within the reservation. “We just got clearance from our tribal council that will give us 10 acres,” Mazzetti says. “Now we’re investigating what hops grow best in this environment.” While all of 3R’s beers already are made using water from the reservation’s aquifer, reservation-grown hops would be the crowning achievement.

“This is paramount for us, giving back to our tribe,” Mazzetti says. “Not only on a monetary basis, but that the product is something we can be proud of….We want everyone on the reservation to be proud to say, it’s our beer, it’s Indian-owned, it’s 100% from ingredients on the reservation. We’re very happy about that.”