Inspired by Natural Wine’s Success, Many Austrian Winemakers Are Taking a Lighter Touch


Millions of years ago, the Danube found its way from its source in Germany to the Black Sea and became one of the most vital rivers in Europe. In modern-day Austria, the waterway’s steep banks created ideal conditions for winegrowing. This verdant river valley is the heart of Lower Austria, or Niederösterreich, the region that built the reputation of Austrian wine in the United States.

As consumer tastes change, however, so does Lower Austrian winemaking. Producers in Austria’s largest wine region now embrace diverse styles, with both traditional and natural wines leading the charge.

With distinctive, bell-shaped towers of baroque churches and a breathtakingly green countryside, Lower Austria has eight subregions or appellations, each with unique terroirs. There are roughly three separate zones: the Weinviertel to the north; Danube River Region with its side valleys (Traisen, Kamp and Krems) west of Vienna, which includes the appellations of Wachau, Kremstal, Kamptal, Traisental, and Wagram; and the Pannonian Niederösterreich to the southeast, which includes Carnuntum and Thermenregion.

In 1999, the U.S. was Austria’s ninth most important foreign market. The following year, thanks in large part to the popularity of Grüner Veltliner and Riesling from Niederösterreich, the U.S. became the third-largest international market for Austrian wines. It remains at this spot today. That same year, Niederösterreich produced about 67% percent of Austria’s total wine production, 80% of which was white wine.

Some of the most globally recognizable wines from Lower Austria hail from the Wachau appellation. Fuller-bodied Smaragd wines by Prager, Franz Hirtzberger, Knoll, F.X. Pichler and Rudi Pichler won critical praise in the U.S. in the late 1990s and early 2000s, while widely distributed bottles from Domäne Wachau, a co-op, contributed to the region’s popularity. These producers still enjoy a positive reputation, and their bottles are often considered the classic expressions of Lower Austria, or, more precisely, the Wachau.

In the last decade, however, the heavier Smaragds gave way to lighter, more graceful bottlings. The style is championed by relatively new producers like Peter Veyder-Malberg, Martin Muthenthaler, Andreas Harm, even Leo Alzinger, but also the established Nikolaihof house.

Meanwhile, U.S. consumers began to drink differently. They favor lighter bottlings and environmentally conscious purchases, with the U.S. being the biggest market for organic goods, as well as natural wines.

“Looking at our export numbers, I have noticed a significant rise in our Other [wines] category, which includes the natural wines, which do not fall under the umbrella of our Qualitätswein [or quality wines],” says Chris Yorke, CEO and managing director of the Austrian Wine Marketing Board.

While the Wachau feels a bit stuck, the rest of Lower Austria is transforming. Vintners are increasingly environmentally and socially responsible as they reinvent the terroir-driven trademarks of their regions.

Some of these changes were championed by the region’s larger wineries. Fred Loimer, which spans almost 200 acres, Alwin and Stephanie Jurtschitsch (153 acres) and Bernhard Ott (124) have proved that organic and biodynamic farming works on a broad scale. Loimer and Ott were the founding members of  respekt-BIODYN, an association of biodynamic wine growers they formed in 2006 with Karl Fritsch, another grower from Lower Austria, plus some colleagues from Burgenland.

In the last decade, Jurtschitsch, Loimer and Ott all produced natural wines. While Ott eventually discontinued his line, Loimer and Jurtschitsch still dedicate a part of their production to natural wine. And there has been an increasing number of natural wines from all over Lower Austria, from Kremstal to Carnuntum.

Christoph Hoch, a gracious, quirky vintner from Kremstal, is one of the region’s natural wine rising stars. He farms 30 acres biodynamically and is certified by Demeter.

Hoch maintains a small, dedicated vineyard for research and experimentation to learn the best and most natural way to farm. He doesn’t even spray sulfur dioxide and copper, the two most common sprays that are even allowed in biodynamic and organic farming.

“We call it the Bees Vineyard,” he says, due to its location next to a beehive. “My income here is the learning experience.”

Hoch’s wines are multi-vintage blends that are lively and low in alcohol, sometimes below 10% abv. They never lack complexity and always invite you to take another sip.

In the neighboring Kamptal, nonconformist winemakers Martin and Anna Arndorfer have been pushing the envelope since 2008. Inspired by the cutting-edge Danish natural wine scene, the couple decided to convert their 55 acres to organic farming and start making wines without filtration or fining and low or no added sulfur.

Their wines are original and idiosyncratic, sometimes made by blending only skins of one variety and juice of another. Many of them are blends, coferments and often skin-ferments.

“Fermentation on the skin gives a better expression of the vineyard,” says Martin. “It is like spices [in cooking], but it also helps produce more stable wine.”

The movement has spread farther northeast, toward the Slovakian border, in Weinviertel. Here, biodynamic winemaker Johannes Zillinger makes his own sprays from essential oils made using flowers that grow right underneath his vines. He doesn’t believe in buying clones or plant material but prefers cuttings from his vineyards.

“If I want a new variety, I regraft it from my own vineyards,” he says. The resulting wines are vibrant with mineral elements.

Zillinger plays with different maceration lengths, too, leaving the wine on skins for up to 11 months in select cases. Some of his wines are products of his self-built solera system, and he has a cuvée line called Perpetuum, where wines are aged under the film of yeast, giving them distinctive salty flavors.

The list of new faces in Lower Austria goes on, and includes Matthias Warnung and Matthias Hager from Kamptal; Michael Gindl, Schrammel 2.0, and Leo Uibel from Weinviertel; Dorli Muhr and Christina Netzl from Carnuntum; and Lesehof Stagård from Kremstal. These forward-thinking winemakers continue to reinvent Lower Austrian wine in this ancient river valley.

Top 16 California Cabernets for Every Budget

When you buy something using retail links in our stories, we may earn a commission. Wine Enthusiast does not accept 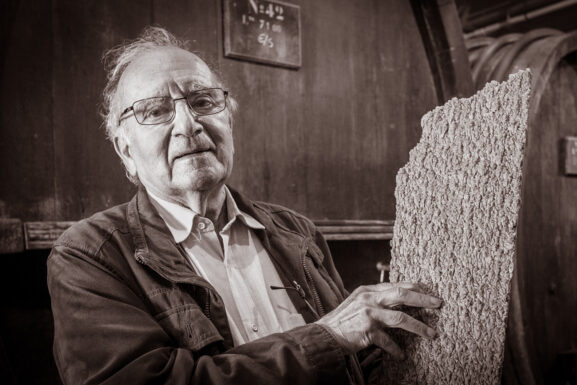 André Hugel, the 11th generation of Alsace’s Famille Hugel wines, has died at the age of 92. According to a