Rudolph Weibel and his son…

…Fred E. Weibel, Sr., learned traditional tricks of the winemaking trade in their native land of Switzerland. With these time-worn techniques in their back pockets, the pair migrated to the United States in 1937. Fred and Rudolph spent a year working at Columbia Winery in Vancouver, Washington before settling in San Francisco, California in 1938. There, the two made sparkling wine below the hustle and bustle of Clay Street, in the basement of the William Tell Hotel. As the success of the William Tell Hotel wines grew, so did the reputation of the two Swiss winemakers.

In 1946, the opportunity arose to purchase 100 acres of historical vineyards in Fremont, California—and the Weibel family grabbed it. The Mission San Jose vineyards held a rich history, first being owned in the 1800’s by California Governor, Leland Stanford. After a harsh passing of time, however, the grounds were in a state of decay when acquired by the Weibel family. With a determination to restoring the land to its former glory, the Weibels revitalized the production facilities, replanted the vines, and put Oscar Habluetzel, Rudolph’s cousin, in charge of winemaking—a job he had held for 37 years.

Over the next few decades…

…the Weibel family kept up with the changing American palate, offering sweet and fortified wines in the 40s and 50s, and introducing drier wines such as Cabernet Sauvignon, Chardonnay, Pinot Noir, and Sauvignon Blanc in the 60s.  In 1959, Weibel pioneered a “zippy” little wine called the Green Hungarian, which became extremely popular amongst new wine drinkers.

In 1996, after 50 productive years in Fremont, Fred Weibel, Jr. relocated the family winery and its long-time employees to the prosperous wine-growing region known as Woodbridge, California. Here, the family tradition continues with Oscar Habluetzel’s son, Gary Habluetzel, holding the position of Vice President, and Fred’s stepson, Bob Ireland, as operations manager. The winemaking gene continues through Fred’s son, Justin Weibel, who graduated from UC Davis with a degree in fermentation and pursues winemaking for other wineries in California. 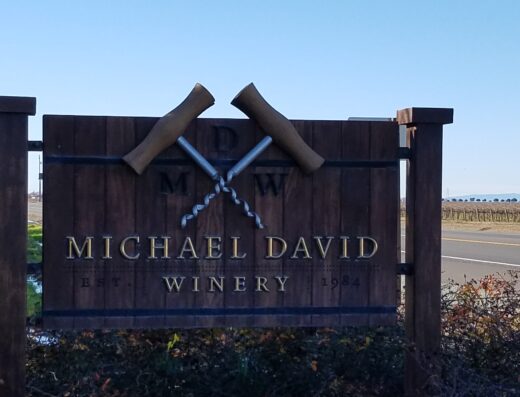