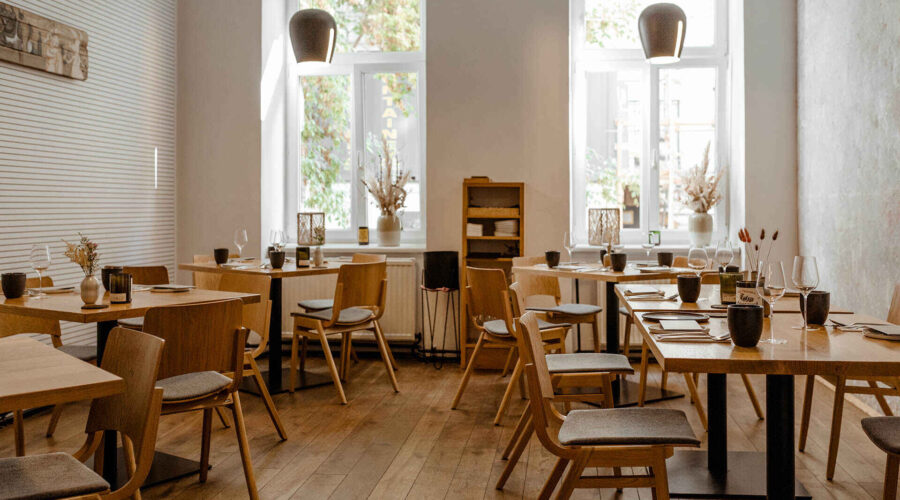 The Wine Lover’s Guide to Vienna


For centuries, Vienna has been a melting pot of cultures, as well as one of the gastronomic hubs of Central Europe. But with proximity to top Austrian wine regions, it’s no surprise that the city is also an appealing destination for wine lovers. As an added bonus, Vienna is one of few cosmopolitan cities with a designation of origin (D.O.) for wine production within city walls, with Heurigen—or winery taverns—culture even included in the country’s UNESCO index of Intangible Cultural Heritage.

“The reason Vienna is one of the most exciting places to drink wine is that [its wine scene] was created on the backdrop of the amazing producers that Austria has today,” further explains Marko Kovac, founder of Karakterre, a natural wine fair based in Austria. “For me, it’s like a new reality where the attention has been offset from France and Italy, towards Austria, as one of the leading countries for organic, biodynamic and natural wines, and not only from the locals, but from all countries of Central and Eastern Europe,” he explains.

Below, Austria and its wine culture are celebrated in all their glory in these interesting places around Vienna. Here’s where to eat and drink in the City of Dreams if you like wine.

“I love the [smokey aroma] of the delicate char in harmony with the light, salty plum and liver,” says Filippou. “The liver embraces the char, without choking it, but rather worshiping it.”

The dish is a showstopper paired with the Suertes Marqués Vidonia Listán Blanco 2020 from the Canary Islands, chosen from Head Sommelier Steffi Wiesner’s 400-bottle wine list. The list, of course, focuses on organic, biodynamic and natural wines from Austria, but also has carefully-selected gems from other parts of the world.

Next door to his flagship restaurant, Filippou, and his wife Manuela, also own a more relaxed and affordable wine-centric bistro called O Boufés. One of the first wine bistros in Vienna, it helped put the city on its path as a wine-centric locale.

“Both of our restaurants focus on great food and great wine,” says Manuela Filippou. “If you want the whole tasting menu, you choose fine dining. If you want à la cart—or are a foodie-beginner—then you visit O Boufés.” At Restaurant Konstantin Filippou, the tasting menu goes for €250 with the option to add an eight-glass wine pairing for an additional €135.

This three-starred Michelin restaurant by German-Spanish celebrity chef Juan Amador is in Vienna’s wine-producing 19th district. Situated in the cellar of the Hajszan Neumann Winery, Amador is run in partnership with the prominent Viennese vintner, Fritz Wieninger, proprietor of an eponymous winery and the Hajszan Neumann winery. The cooking focuses on local produce and Amador’s blended cultural background, like Maultasche, a meat-filled pasta akin to ravioli, with morels and green asparagus matched by a generous offering of European wines like Le Piane Boca 2016. The tasting menu is priced at €345, with the wine pairing option for an additional €175.

Vegetarians will delight in knowing that the first European vegetarian restaurant with a Michelin star is TIAN in Vienna. It offers great wines to pair with the food of chef Paul Ivic, whose no-waste philosophy and focus on organic, biodynamic and Demeter-certified produce earned him a green star from Michelin for sustainability. The wine list follows the same ethos, so expect a lot of low-intervention wines that perfectly counter the intensely flavored veggie dishes, like the popular porcini, sunflower and blackberry. A vegan option is also available.

Vienna’s Burgtheater, the national theater of Austria, is home to Vestibül restaurant. Named after the restaurant’s location inside the theater’s vestibule, the restaurant is replete with Imperial and marble decor. Despite its extravagant interior design, the menu is surprisingly affordable, and a pared-down version of a fine dining menu. Chef Christian Domschitz’s eight-course tasting menu won’t disappoint, with the mouth-watering Szegediner lobster and cabbage or lobster soup holding court as perfect pairings to sommelier Marinko Barisic’s eclectic list, including the Kolfok Querschnitt Weiss 2019. The eight-course tasting menu is priced at €109, with an optional wine pairing for an additional €60.

A must-visit for wine lovers in Vienna, MAST is the brainchild of two sommelier friends, Matthias Pitra and Steve Breitzke. Here, you will most likely find local and international wine geeks, but also winemakers and foodies. Rare bottles line the shelves, including those from some of the most influential producers of the past decade. The philosophy behind the selection? A focus on organic and natural wine.

The seasonal food is locally sourced, and with a modern, international twist. You can order à la carte, but the six-course tasting menu is where it’s at. Try the Salmon Trout, Chogga Turnip, Physalis and Chili Mayo or the tomatillo and lardo, and pair with Richard Leroy 2017. The six-course tasting menu, which costs €75, lets you hit the highlights, while a wine pairing can be added for only €49.

The very name of this chic establishment suggests that this will be a place for wine geeks interested in Austrian wine. Heunisch and Erben translates to “Heunisch and the heirs,” with Heunisch referring to the ancient grape variety thought to be the ancestor of many Central European varieties.

The extensive list’s main draw is the depth of Austrian wine vintages spanning five decades, including Lichtenberger-Gonzalez Blaufränkisch Vordeberg 2015. However, there is also good representation of many other classic European regions, from Piedmont to Burgundy. Bar seating or outdoor dining are excellent spots to enjoy a plate of traditional Austrian goulash or wiener schnitzel.

With one of the most beautiful gardens in Vienna, set in the MuseumsQuartier district, another industry favorite spot is Glacis Beisl, which offers Viennese and classic Austrian dishes. Beisl is an Austrian word for “pub,” or, rather, a place where people gather to have many kinds of drinks and beverages. But at this place, owner Paul Bodner offers only rare wines from the surrounding countries instead, to pair with the Austrian the Greaves dumplings with sauerkraut or wiener schnitzel. Think: Friuli and Slovenia. However, you can still get your Austrian fix, too. Try the fantastic Franco Terpin Pinot Grigio Sialis 2012 or Aci Urbajs Organic Anarchy 2007.

This vegetarian-friendly spot is perfect for a date or a small group of people who like to share food. The cooking is unpretentious, smart, and made from locally-sourced ingredients. The wine list, which includes a new wave of Austrian producers, offers bottle standouts like the Johannes Zillinger Numen Fumé Blanc 2019, to match with dishes like Pea and Cabbage Turnip Vichyssoise with Raw Arctic Char and Nasturtium.

On the 18th floor of the SO/Vienna Hotel, Das Loft offers one of the best views of the city and cathedral with its floor-to-ceiling windows. Although a bit swanky, with modern cooking and a heftier price tag, the vibe is unpretentious. Apart from local wines, the list features a good selection of French wines, while the bar mixes fabulous cocktails.

You can’t go to Vienna and miss visiting one of its many heurigers, or wine taverns. Technically, this is a buschenschank, or a small inn where winemakers can serve in the off season. On top of the Nussberg vineyard, the tavern offers panoramic views of the city.

These are two separate businesses, but Moritz Herzog owns both. Weinskandal is one of the first natural wine shops in Vienna, while R&Bar is a newly opened casual wine spot in the hip 7th district. The perfect place for drinks, Herzog’s places have small menus focusing on shareable snacks.

This flagship Vienna wine shop near Stephansdom Cathedral is one of the most influential retailers in the country. Long-time CEO of the Austrian Wine Marketing Board, Willi Klinger, established the joint back in the 1990s and continues to manage it. The shop offers a large selection of international classics and renowned producers as well as geeky insider wines. There is also a dining area where you can enjoy one of the wines from the shop (with a corkage fee) to pair with traditional Viennese food.

Recognized for sourdough, humble sandwiches and pastries, Joseph Brot focuses on all-organic ingredients and products. While buying your loaf or breakfast, you’ll also find a small selection of organic and natural wines from Austria on display. There are eight of these around the city, some with a bistro for casual dining.

This tiny artisan Swiss cheese shop is in the 1st district and features a small selection of Austrian wine that can be picked up or enjoyed under the small gazebo in front of the storefront.

Although it seems to be a bakery and a farm shop at first sight, this spot also sells special wine bottles. Owned by Meinklang, a family-owned biodynamic farm and winery in Burgenland, Meinklang produces a wide range of low-intervention wines, but this hofladen—or farm shop—also features U.S. wines. 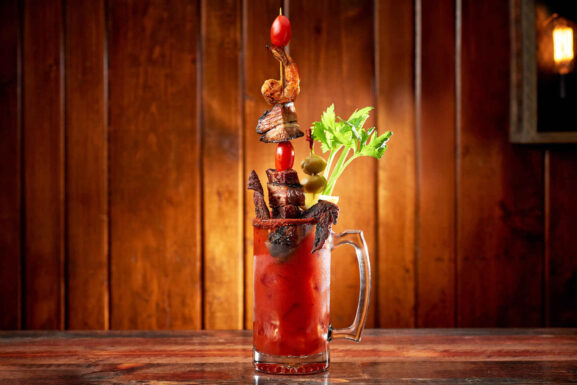 The “Monstrous Mary” at Caffe 11th Avenue in Washington’s Yakima Valley cannot be captured in one photograph. “We kept adding—local 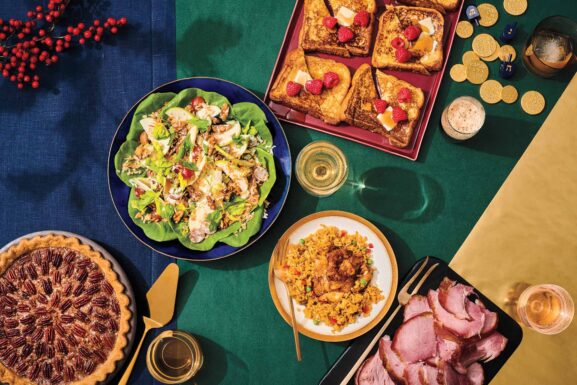 When we asked around the office what foods come to mind when our staff thinks of their own holiday traditions,