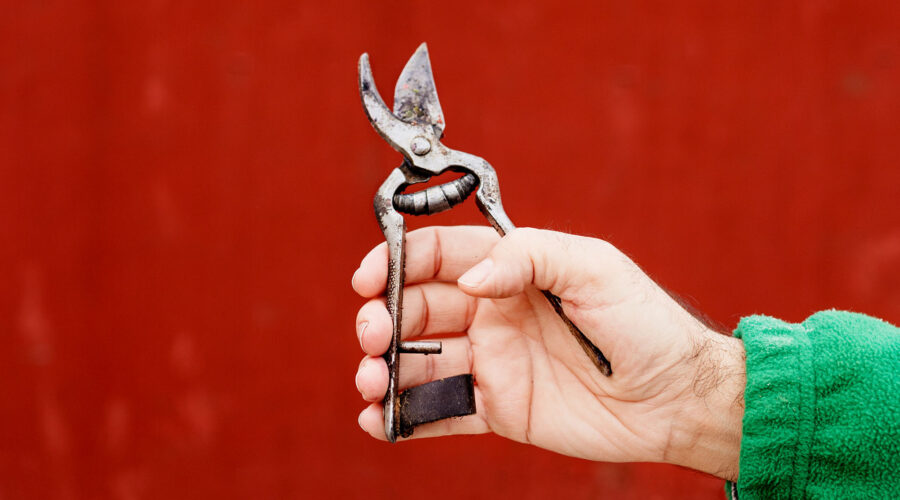 Vineyard Pruning Contests Are About More Than Winning


Wine is, essentially, fermented grape juice. The actual journey from vine to fine wine, however, is not as straightforward. It entails countless steps, and while winemakers tend to get much of the credit, a large share of the work is often carried out by a skilled vineyard workforce.

Pruning, in particular, is a key step in the process. It’s a grueling job involving long hours of back-breaking cutting and tying down canes to ensure the desired quality and quantity of yields, as well as the plant’s wellbeing in years to come.

Pruning competitions are a worldwide phenomenon. But what are they exactly? Usually aimed at professional agricultural workers, they come in a diverse range of formats. Generally, these competitions entail a number of timed challenges undertaken by solo competitors or teams, with accuracy playing a key part in the final score. Glory and honor aside, winners may be rewarded with prizes such as professional tools, cash or other perks.

Providing vineyard workers with recognition is the principal purpose of these events. But the contests also shed light on an aspect of wine production often perceived as unglamorous in the hopes of inspiring a new generation of agricultural workers.

Here is a look at a diverse range of pruning contests around the world and their impact on the wine industry.​

The South Australian State Pruning Championships has been around so long, people aren’t exactly sure when it started.

“It’s hard to pinpoint the exact starting year, but it was early in the 20th century,” says ​​​​Malcolm Parish, whose family has been involved in the championships since its inception. “It started as a competition to find the best pruners in the individual regions. Initially it covered fruit trees and vines, but now it’s only about vines.” ​​While the competition didn’t take place during either of the World Wars, it “came back in the late ‘40s and really gained popularity between the ‘50s and the ‘70s,” Parish says.

​​​​​The competition lost momentum in the following decades, as machine pruning became a more financially viable option. But a renewed interest i​n a ​more human approach to vineyard work prompted its return in 2012​ thanks to Parish himself, after a hiatus of nearly 30 years​.

Today, the Clare and the Barossa Valleys alternate each other as hosts. “This year’s winner is Laura McEwen, a Barossa pruning contractor originally from New Zealand,” says Parish, hailing the result as a highly meaningful event, as the pruning sector has been historically a male-dominated business.

One can also find pruning contests in California. They include the Napa Valley Farmworker Foundation, established in 2001, which aims to promote the area’s vineyard workers through education and professional development. One way the organization does this is through its annual pruning competition, which, while competitive, allows the region’s farming community to come together and celebrate their skills and expertise. The winner takes home a cash prize, vineyard tools and a large belt buckle.

The neighboring Sonoma County Grape Growers Foundation has similar goals but a somewhat different approach. Its recognition program encourages employers to nominate their best vineyard workers. Awards are issued regularly throughout the year to acknowledge pruning excellence and several other skills.

“We have seen that these awards have an incredible impact on the vineyard workers” ​​​​says Karissa Kruse, president of the Sonoma County Grape Growers Foundation. “For many it may be the first time they are receiving formal recognition in front of their peers and families. Employers comment that it has helped their employees feel empowered and continue to take on additional leadership roles and opportunities.”

Shaping the Pruners of Tomorrow

​​​​​Open to the region’s youth aged nine to 18, the Sonoma County Farm Bureau has run it for some 17 years. Depending on their age, participants prune three to five vines and are judged according to qualitative and chronological criteria. The contest also involves a Jeopardy-like challenge wherein kids answer questions on viticulture and on the local wine industry.

“Usually we have about 35 to 40 [contestants],” says Mia Stornetta, chair and former participant of the Farm Bureau. “Most youth that take part hear about the event through 4-H, FFA, school or family and friends that are in the wine business. Wine growing is such a key part of our local community so it’s great to get kids involved at a young age and when they’re interested in learning.”

By raising awareness within the younger generations, the competition aims to ensure the future viability of Sonoma’s vinegrowing sector. “These students are likely to continue their education and come back to the county to work within the industry. At this time, one in three jobs is related to the wine industry [here],” says Stornetta.

Indeed, not only are these contests a response to winegrowing’s fundamental role within their own respective regions’ economy, they document the wine industry’s global struggle to inspire new generations of agricultural workers.

“The industry is definitely lacking fresh legs and new interest,” says Joel Jorgensen, viticulturist at consultancy firm Vinescapes and judge for the U.K. Vine Pruning Championship. He cites that “there is only one college in the U.K. that teaches [wine] skills and more than half of its students go off to become winemakers and much less get into viticulture.”

Jorgensen argues that these competitions can help glamorize the viticultural aspect of wine production as well as ensure that current and future vineyard workers know that their work is respected and recognized.

“It’s to show a bit of appreciation for the people who do the pruning, and all those hard weeks of work in the coldest spells,” he says.

“In the depths of winter, come rain or shine, they do very incredibly hard manual labor and technical work,” Jorgensen continues. “That dictates not only next year’s yield, but also how long the vineyard is going to last and thrive. Pruning is probably the most important job of the year.”