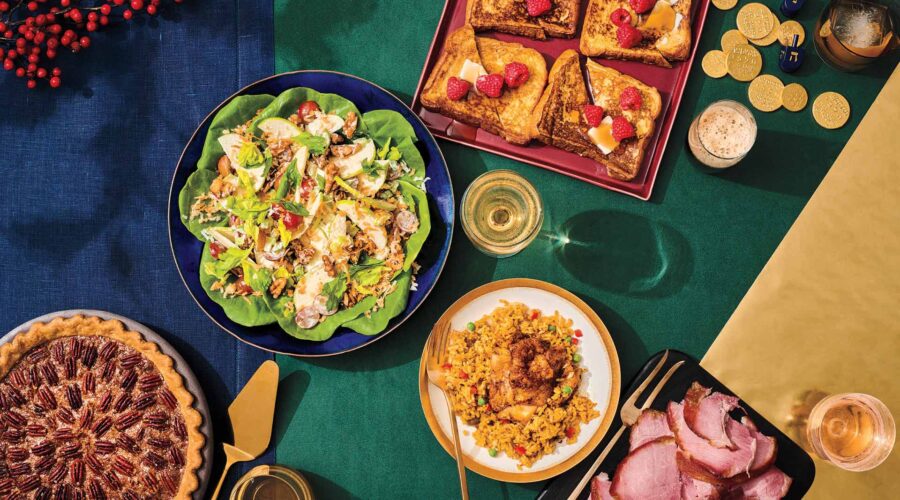 
When we asked around the office what foods come to mind when our staff thinks of their own holiday traditions, we learned that if we all got together, we might end up with one very eclectic potluck. Dessert is covered and the influences span the globe, but, as you might expect, we all had one thing in common: The team would be bringing some heat when it comes to bottles and cocktail creativity.

So, take notes—no matter what is being served at your family table, this should spark your shopping list.

Retro dishes are feeling fresh again, so I keep thinking about the Waldorf salad—green apple, celery and walnut, occasionally with some shredded coconut (!)—that my mom would bust out for holiday dinners when I was a kid. –Nils Bernstein, Contributing Editor, Food

Pair with: A demi-sec Vouvray not only turns it into an ultra-elegant appetizer, but the wine goes perfectly with the baked ham we usually had on the Xmas table as well

My dad is a trained chef. But he hardly ever cooks unless it’s a special occasion (or mom’s not home). So, some of my favorite Christmas memories are waking up early with him to make our pecan pie together—all from scratch, from the homemade piecrust to the chewy, caramelly filling. Today, I make my own version with a Briscoe-twist: a shot (or two) of bourbon is mixed in with the other wet ingredients. No one ever complains about my deviation from tradition. –Stacy Briscoe, Senior Editor, Print

The simplicity and assembly line nature of French toast makes it ideal for feeding a large family in quick order. On groggy, post celebratory mornings, waking up to the sweet aromatics of custard, vanilla, and cinnamon gets the sleepyheads in our family to the table with a smile. –John Holl, Writer at Large, Beer

Pair with: Gingerbread stout. Robust, spicy, decadent—it’s better than a cup of coffee.

During Hanukkah, we always have plenty of proper desserts, but my weakness is chocolate gelt: little chocolate “coins” wrapped in gold foil, packaged in netting bags. They’re made of cheapo chocolate, but still, I love them, and they remind me of being a kid. Today, I’ll play silly dreidel games (ancient spinning-top games that can result in winning chocolate gelt) with my nieces or friends’ little ones. Or, sometimes, they’ll spontaneously share sticky handfuls of chocolate coins: That’s a win in my book, too. –Kara Newman, Writer at Large, Spirits

Pair with: While it may not be traditional, I wouldn’t say no to an Oaxaca Old Fashioned made with tequila, mezcal and chocolate mole bitters paired with a purloined handful of gelt.

As my family is a mix of cultures—Caribbean and Finnish—each matriarch brings a dish that represents her household. My mother brings Arroz con Pollo (curried yellow rice and chicken mixed with peas, and peppers) to represent Costa Rica and my mother-in-law brings a brown sugar ham that was brined and salted for seven days to represent Finland. —Jaime Brown, Editorial Assistant, Digital

Pairs with: Of course, I wash down all of this cross-cultural yumminess with glasses of Provençal rosé.

In my family, we eat a lot of noodle dishes including the popular Filipino dish pancit during the holidays. The analogy is long noodles equate to a long and healthy life. You’ll always find me with a bowl of pancit topped with crushed chicharron flakes (for salinity) and a glass of Champagne. –Anna-Christina Cabrales, Tasting Director

I was a sprinkles kid—not the type that resembles confetti, but rainbow nonpareils. It was no surprise that I gunned for the glistening mound of struffoli every holiday season. A traditional Italian dessert made during Christmastime, these tiny balls of dough are fried to a light-golden brown, then tossed in warm honey and (surprise) nonpareils, among other flavorings. It’s a sticky and addicting confection—as fun to eat as it is to pronounce. When the bakeries in Staten Island start rolling these out, that’s when I know I’m home for the holidays. –Samantha Sette, Digital Web Producer

Pair with: Something light and aromatic like the dessert itself. A kabinett Riesling would do perfect here.

My grandmother, who was born and raised in rural Mississippi, never let a holiday or a special occasion pass without mac and cheese on the table. As I grew older, I came to understand the significance the dish holds to Southern Black people. It wasn’t just my family’s tradition but a cultural tradition. So, I take pride in being the family member assigned to make it for the holidays. My grandmother’s recipe was only three cheeses. I use five to give it an even more decadent flavor. –Jacy Topps, Assistant Editor, Print

Pair with: A versatile wine, Chablis is ideal for more decadent dishes with softer ingredients. It’s crisp and zesty enough to showcase the flavors of sharper or more pungent cheeses, but it won’t overpower softer cheeses. And its acidity and minerality allow it to cut through the richness of the dish.

When the family cooked the feast of the seven fishes every Christmas Eve, my grandmother—five-foot-nothing with brightly dyed red hair—ran the kitchen with a dishrag thrown over her shoulder like she was gunning for a Bib Gourmand. We made stuffed calamari as part of a seafood stew that was the centerpiece of the meal, and she sewed the tops of the tubes closed with thread after we filled them with minced clams and chopped squid and breadcrumbs. Then into the simmering tomato sauce they went. These days, my sister sews the tops, and I watch the pot (so it doesn’t boil). –John Capone, Managing Editor, Print

Pair with: A skin-contact Friulano from Friuli

Although raised on carb-filled Italian American fare, 11 years as an expat in London rubbed some very English holiday traditions off on me. As soon as Thanksgiving has passed, I crave mince pies, which fill Britain’s shops and eateries all of December. Back in New York, the bite-sized short crust pastries stuffed with “mincemeat” (not meat at all but a heady mix of spices, fruit and brandy) occupy my dreams. Every December I tell myself, “This will be the holiday I bake mince pies from scratch.” Christmas miracles and all that… –Christina Pickard, Writer at Large (England, Australia, New Zealand, New York)

Pair with: Mulled wine, which features by the glass (or mug) at every British pub throughout December, and which I DO make from scratch, from a riff on Jamie Oliver’s recipe. 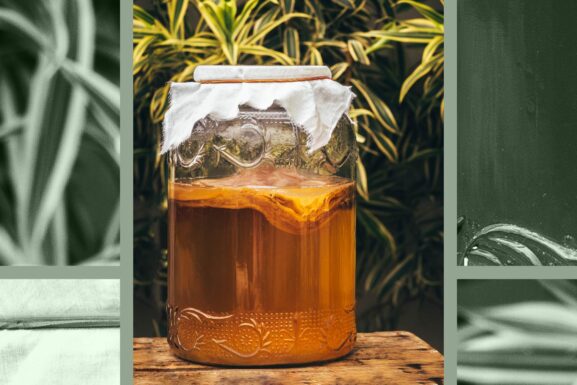