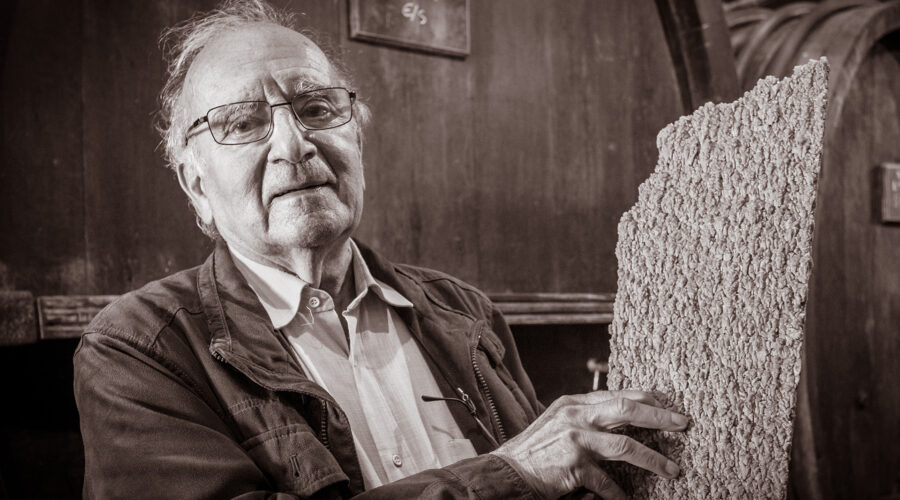 
André Hugel, the 11th generation of Alsace’s Famille Hugel wines, has died at the age of 92. According to a statement released by his family, he passed away on Monday, August 15, following complications from Covid.

The family has been producing wine in Riquewihr since 1639, with about 75 acres of estate vineyards, half of which are grand cru-designated, and other grapes purchased from area vineyard partners. Hugel was born August 18, 1929 and studied winemaking in Beaune and Geisenheim before returning to Alsace to take up a role in the business. He and his brothers were part of several initiatives that helped the brand and region achieve more widespread recognition. For example, it was under their leadership that Famille Hugel adopted its yellow and red labels after brother Jean studied marketing and determined the combination would entice customers.

Perhaps one of the brothers’ most lasting achievements was getting recognition and establishing standards for Vendanges Tardives (late harvest) and Selections du Grains Nobles (botrytized) styles of wine in the 1980s. Previously, sweet wines often followed German labeling conventions and there was little in the way of quality control.

That ethos of regional pride and high standards informed much of Hugel’s work. He was, for example, a fierce advocate for the family’s most prestigious estate wines, Schoelhammer and Grossi Laüe, which means “best vineyards” in the Alsatian dialect—a largely spoken language that was outlawed under German occupation.

The occupation was a topic of enormous interest for Hugel, who wrote Jeunesse d’Alsace et Wehrmacht: Parlons-en, Même si cela Dérange (Youth of Alsace and Wehrmacht: Let’s Talk About it Even if it Bothers; J. Do Bentzinger, 2004) and coauthored a follow-up, Entre Doux Fronts (Between Two Fronts; Pierron, 2007). Both books tell the stories of young Alsatian men who were conscripted to fight for the Germans in World War II. After the war, the region was returned to France, and it was then, too, that winemaking traditions squashed during the occupation could be revived and refined.

Hugel’s passion for his local history extended to him taking roles like Grand Master of Le Confrérie Saint-Etienne in 1985. One of France’s oldest wine guilds, Le Confrérie hosts educational activities and tastings, as well as organizing overseas guilds. Its library has bottles of Alsace wine dating back to 1834, making it an important steward of wine history; the position of Grand Master is a one-year appointment.

Since 1978, Hugel was president of the Société d’Archéologie de Riquewihr, or the Riquewihr Archeological Society, which restores historic buildings and archives documents and artifacts in town. The society published a 1992 biography titled Un Gourmet en Alsace au XIXème Siècle (A Gourmet in Alsace in the 19th Century), which Hugel coauthored.

Since 1979, he also held a position as president of the Le Musée du Vignoble et des Vins d’Alsace, or the Museum of Alsace Vineyards and Wine, which preserves antique tools used in the vineyard and cellar.

Hugel’s interest in municipal issues was not only historic in scope: He served as deputy mayor of Riquewihr from 1989-1995, and then as city councilor from 1995-2001.

According to the family’s statement, Hugel was active in the winery right up until the end, as the family’s 12th and 13th generations took the reins. The brand has a tradition in which the entire family had to agree on a vintage’s quality in order to release bottles, so Hugel would have been an active participant in determining what ended up in bottles exported to more than 100 countries. His loss will be felt deeply by his family, the region and drinkers of Alsace wines around the world.

Funeral services will be for immediate family only.