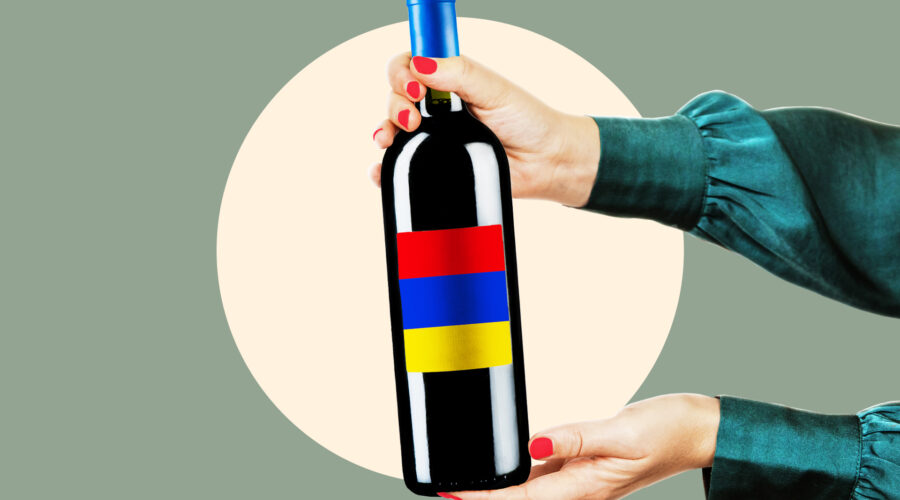 
In the last 15 years, many Armenian female wine professionals have returned home after years abroad in Europe and the United States. Once a male-dominated industry, women now fill various roles in more than 100 Armenian wineries across five regions.

Part of this growth is due to increased educational opportunities.

Since the 1930s, the Armenian National Agrarian University has trained wine specialists, but women were largely underrepresented. In its class of 2000, for instance, just 20% of graduates were women.

In 2014, EVN Wine Academy launched courses to engage female students. It offered night classes for the enology and wine business program to address a need for professional development.

Taught in English, the program became more attractive to women who could work during the day and dive into a new vocation at night.

Mariam Saghatelyan, a graduate and now a teacher at EVN, says the program especially resonates with women because one of its founders is a female winemaker.

EVN’s enology and wine business program is a joint effort with Germany’s Hochschule Geisenheim University, where students can continue their education. The fruits of their labor are visible.

Anush Gharibyan O’Connor, a sommelier and winemaker, points to the participants at 2022’s GiniFest Armenian Wine & Spirits Festival in Los Angeles. Of the 40 wineries represented, four were owned by women, three employed women winemakers and half of the participants were husband-and-wife operations.

Here, a few of the female wine professionals in all corners of the industry.

Formerly a social psychologist, Kechechyan embarked on a wine career in 2014. After she earned degrees from the Agrarian University, EVN Wine Academy and Hochschule Geisenheim, Kechechyan worked at wineries in Spain and Argentina. She then spent five years at Karas Wines, one of Armenia’s largest wineries.

In 2022, she joined Tufenkian, a hotel/winery in the village of Areni, more than 3,000 feet above sea level. There, she cultivates native grapes like Tosot and Voskehat. She’s passionate about biodynamic farming, which she compares to “homeopathic” medicine.

“Winemaking for me has this captivating and unique point of being the combination of science, art, sensual experience, creativity, planning and organization,” says Kechechyan.

Born in Armenia, Aslanian moved to Los Angeles in 1990. In 2009, she returned home to help her father manage ArmAs, the 450-acre winery estate and boutique hotel that he established in 2007. It’s located in the Aragatsotn province, approximately 30 minutes from Yerevan, the Armenian capital.

With a degree in art history from University of California, Berkeley, Aslanian says she had to learn everything about wine after she returned home.

“There literally isn’t a single job in the winery that I haven’t done at one point myself, especially the first couple of years,” says Aslanian. “I did not leave the winery. I’ve washed every tank. I’ve made whatever was necessary, from A to Z, so that I could properly manage it.”

Upon her return from the U.S., Saghatelyan cofounded the country’s first wine bar, In Vino, in Yerevan in 2012.

Saghatelyan faced skepticism from wine distributors and friends who worried that the concept would never work, as wine wasn’t overwhelmingly popular in the country. However, In Vino became one of the driving forces to re-establish Armenia’s wine culture. Starting with only 600 bottles, the bar currently carries 1,000 wines from around the world.

“We do have wines from the Old and New World—Chile, Argentina, South Africa, California and Lebanon as well, and of course, Italy and France,” says Saghatelyan. “People in Armenia used to think that wine comes only from France. Now they understand more that wine is from all over the world.”

One of EVN Wine Academy’s first graduates, Saghatelyan has returned to teach wine business classes for the past three years.

Atoyan obtained a master’s degree in agri-ecology and sustainable agriculture. In 2015, she entered into the EVN Academy, first as a student and later as a program manager.

In 2019, she enrolled for the summer semester at Hochschule Geisenheim, where she took courses in wine tasting, wine sensory evaluation and international wine profiles. She was also a judge at Germany’s 2019 Best of Riesling contest.

When Atoyan returned to Armenia, she worked as a winemaker and export manager at Rikars Wine, a boutique natural wine producer.

Recently, she joined Lopez Achem Consulting as a project manager, where she offers consulting services for the wine sector. One of her missions is to help businesses position themselves in the international market.

Gharibyan O’Connor earned a degree in winemaking from Agrarian University, followed by a MBA from the University of Dallas. She’s worked as a winemaker, sommelier and now a wine ambassador who splits her time between the U.S. and Armenia.

For the last seven years, she’s championed the Armenian wine industry’s renaissance through her podcast, Armenia Proud – A Toast to Armenia.

In 2018, she cofounded the GiniFest Armenian Wine & Spirits Festival. Starting with 10 wineries from Paso Robles, Argentina and Armenia, the 2022 festival now pours bottles from 40 wineries that draws more than 1,000 attendees. GiniFest not only promotes Armenian wine, but helped reintroduced it to the Armenian community abroad.

“Because of the festival, the export of Armenian wine has tripled in the United States,” says Gharibyan O’Connor. “The number of wine producers grew since they could see the impact, the feedback and excitement here in the U.S. All the people who come to GiniFest are devoted Armenian wine consumers.”

GiniFest plans to host an international wine festival in November that represents producers from Greece, Israel, Bulgaria and other regions that are often underrepresented in the U.S.