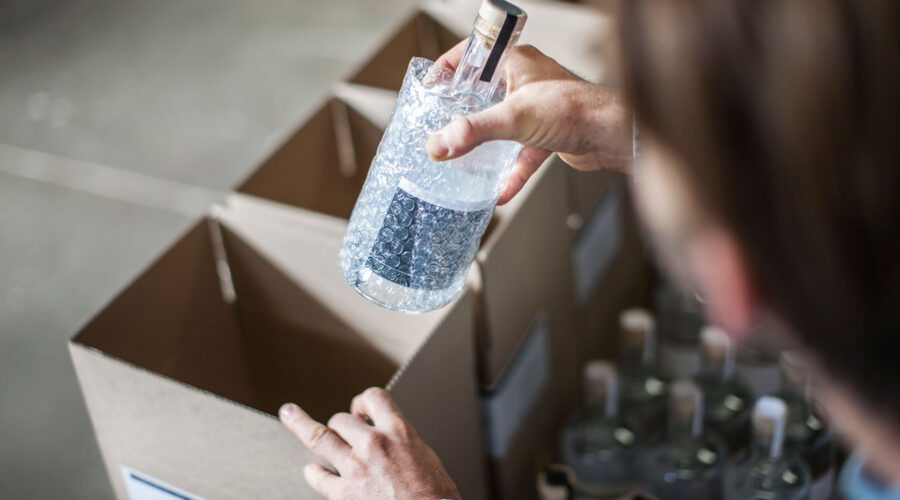 The Highs and Woes of Alcohol’s Three-Tier System


In New York, its supermarkets can’t sell wine, and its wine shops can’t sell potato chips. In North Carolina, wine can be purchased in supermarkets, but you have to go to a state-owned store to buy spirits. And don’t expect to find sale prices on alcohol in Michigan, where minimum prices are set by the state.

Looking to buy wine, beer or spirits from an online retailer like Amazon? It’s illegal in almost every state.

Welcome to the three-tier system, the almost 90-year-old set of laws that governs how wine, beer and spirits are sold in the United States. Each state has its own laws, and if that’s not complicated enough, some state laws differ by county. It’s outdated, complicated and so confusing that it requires a special type of attorney to navigate its intricacies.

“Yes, in the modern age, it may certainly have outlived its usefulness,” says Sean O’Leary, former chief legal counsel for the Illinois Liquor Commission. “But when Prohibition ended, it seemed like the best way to protect a state that wanted more strict laws and for its citizens to have less access to alcohol.”

Prohibition, the 18th Amendment to the U.S. Constitution, was enacted in 1920. It banned the sale, manufacture and transport of alcohol in the U.S. until its repeal 13 years later, by the 21st Amendment.

The key to repeal Prohibition? Allow each state to do what it thought best. Dry states could remain dry, and wet states could sell alcohol again. The system was also designed to keep organized crime out of the liquor business, which it had controlled during Prohibition.

As the name implies, the system is made up of three tiers. Producers, the first tier, can only sell their product to distributors. Distributors represent the second tier, and they can only sell to retailers and restaurants, which make up the final tier.

Except for limited exceptions, like direct shipping for wine, which account for less than 10% of all wine sales, consumers can only buy alcohol from a retailer or restaurant.

There are a seemingly countless number of local regulations. These set anything from operating hours, restriction of sales by certain businesses, and even citizenship requirements to obtain a retail license.

That the system worked so well for so long is one reason why it’s still around today. After all, when’s the last time you’ve encountered a mob-run speakeasy? This doesn’t mean there haven’t been attempts to change it.

A 2005 Supreme Court decision loosened restrictions around buying directly from wineries. California now allows in-state producers to sell directly to restaurants and retailers. The states of Washington and Colorado have made it easier for grocers to get liquor licenses.

But the heart and soul of the three-tier system remains as it has since 1933, and federal courts regularly reaffirm its primacy.

“Since [the 21st Amendment] specifically authorized each state to regulate the sale and use of alcohol within its borders after Prohibition, judges have allowed three-tier to withstand the sort of federal judicial scrutiny that might be applied in other areas,” says Seth Weinberg, a New York City attorney whose practice includes a focus on food and beverage companies that includes alcohol.

This is why there really aren’t national liquor store chains in the same manner that there are national supermarket chains. Such liquor stores couldn’t exist in the so-called “control states” like Pennsylvania and New Hampshire, where the state owns the liquor stores.

It’s also impractical. A chain must have a licensed warehouse in each state where it operates, and it can only buy alcohol from distributors in that state. Compare that to Walmart, which has 42 massive regional distribution centers for nonalcoholic products that can ship to and from wherever and whenever it wants.

But the peculiarities don’t stop there.

If a producer doesn’t have a distributor in a state, it can’t sell its product there. A wine for sale in northern Illinois might not be available just mere feet across the border in southern Wisconsin. It’s a huge handicap for artisan wineries and craft distillers and brewers, which are usually too small to attract a distributor.

Some states, like Texas, are a hodgepodge of regulation. Parts of east and west Texas remain dry, while Houston, Austin and San Antonio are wet. In Dallas, liquor stores aren’t allowed in one part of the city, but they’re welcome in another.

Direct shipping, where consumers buy directly from a producer, is illegal almost everywhere in regards to beer and spirits. And though 45 states allow residents to buy wine from producers in other states, state laws vary considerably. There may be limits on how much wine that consumers can buy, for example. Since these laws can be so different, some producers don’t even bother. They don’t believe it’s not practical to keep up with 10 sets of state laws.

The U.S. Postal Service is forbidden by law to ship alcohol. This gives carriers like UPS and FedEx a virtual monopoly over what little consumer shipping does take place. Hence, U.S. shipping costs can be estimated at as much as 30 times higher than in the European Union.