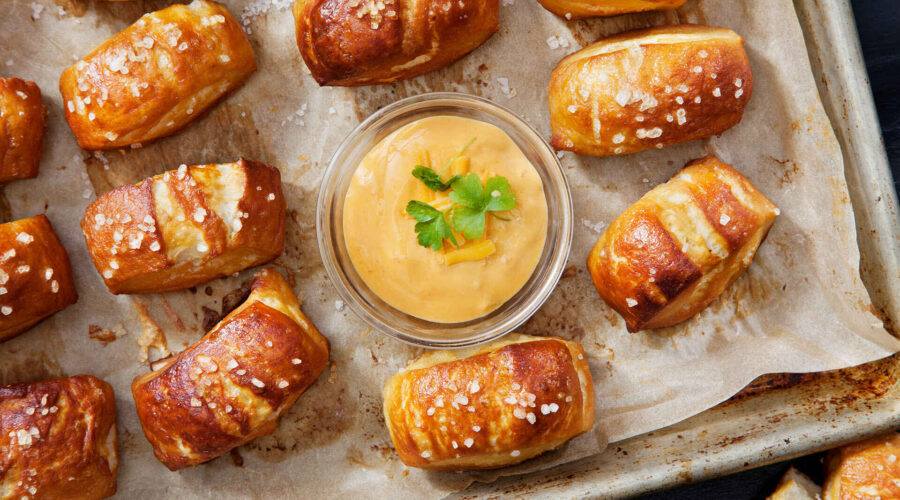 What is Beer Cheese? | Wine Enthusiast


Liptauer, ktipiti, almogrote and obatzda are lovely words, but none of these names of global cheese spreads, arguably, have the simple mouthwatering elegance of “beer cheese.” This cousin of pimento, pub cheese, Port wine cheese, fromage fort, Benedictine and others deserves to be in your regular repertoire of dips and spreads.

What Is Beer Cheese?

Beer cheese is a spread made from cheese—usually cheddar—blended with beer and a few spices until smooth. It can be served as the classic uncooked spread or versions that more closely resemble fondue or beer cheese soup. It’s paired with crackers, pretzels and/or raw vegetables.

“Beer cheese is like Dolly Parton, even the bad beer cheese is good,” says Bundy K. Brown, sommelier and longtime Kentucky resident. “Tarted-up beer cheese may be as close as it comes to ‘bad’ but I don’t think I’ve ever seen an example of that.”

Where Does Beer Cheese Come From?

Beer cheese originated in Kentucky—and is still ubiquitous there—but has found a devoted fanbase throughout the country. And one can assume that someone combined beer and cheese at an earlier date.

In fact, the spread that we know today goes back to the late 1930s, originating at a restaurant called The Driftwood Inn, near Boonesborough on the banks of the Kentucky River.

Joe Allman, cousin of the owner Johnnie Allman, created a spread he called “Snappy Cheese” to encourage beer consumption at the restaurant. Its popularity never waned, and though the original recipe has never been revealed, two companies claim to sell the real thing; Allman’s Beer Cheese, owned by Johnnie Allman’s grandson, and Howard’s Creek, whose version has been authenticated by Joe Allman’s son.

Still, there are as many versions of beer cheese as there are home cooks.

“I think as far as rules or authenticity is concerned, it’s all local or household preference,” says Brown, while acknowledging some guidelines. “Beer cheese is not really dippable straight out of the fridge or shouldn’t be. The stuff you buy in the supermarket is because it’s got all kinds of emulsifiers and stabilizers in it.”

Brown continued, “But the cheese ratio should be high enough that it’s pretty stiff when cold. Nine times out of ten, it’s cheddar-based and should have a sharpness to it, though you’ll often see as much as half the cheese be pepper jack. It should have a little grain to it, not glossy and smooth like pump or processed cheese.”

Finally, the spice level can vary when it comes to beer cheese. “In my experience, beer cheese is less spicy than even pimento cheese—which is usually just a five out of 10. But it has to have some bite; often that’s a mustardy bite.”

In this recipe, horseradish takes the place of dry mustard, a common ingredient in beer cheese but one that can accentuate bitterness. The spread is quite thick, so serve with a small knife or spoon. Serve at room temperature for the best texture and flavor—it will be very firm out of the fridge but will soften as it sits. Serve beer cheese with any combination of carrot and celery sticks, cauliflower and broccoli florets, radishes, sturdy crackers and thick pretzels.

¾ cup flat beer (such as a malt-forward lager), at room temperature

The spread will still retain some slight texture (it won’t be as smooth as melted or processed cheese). Cover tightly and refrigerate for at least 24 hours (or up to 5 days) to let flavors meld. Serve at room temperature. Makes about 2 cups.

What Is the Best Beer for Beer Cheese?

Can You Pair Wine With Beer Cheese?

Interestingly, beer isn’t the best pairing for the spread, since the cheese flavor dominates. Choose a wine that you’d pour with sharp cheddar cheese on its own.

“I think something brassy and slightly in-your-face is best,” says Brown. “An Argentine Malbec or a good Zinfandel would be great for their spice, or a juicy fruit-forward Spanish Tempranillo, Monastrell or Garnacha.”

If you’re looking for something a little more unique, Brown says, “My how-about-you-give-me-something-besides-lusty-red-wine wine snob recommendation would be Sherry; I’d lean towards a higher-pitched fino or amontillado because that’s my palate, but even a rich oloroso would be a great pairing.”

Can Beer Cheese Get You Drunk?

With only six ounces of beer per pound of cheese, it’s not likely.

Does Beer Cheese Have Real Beer?

Yes, but non-alcoholic beer is a perfect option as well.

It shouldn’t. If it does, you’ve used the wrong beer, too much beer or did not let it rest long enough.

Can You Freeze Beer Cheese?

Not really. The texture of beer cheese suffers greatly from freezing. It keeps at least five days in the fridge, so it can still be prepared ahead.