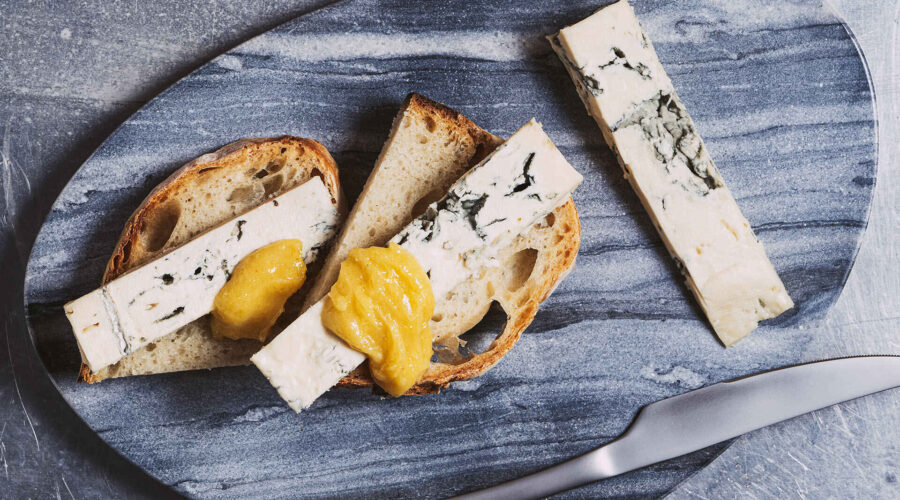 What Is Blue Cheese and Why Do People Hate It?

Wisconsin-based journalist Nicole Haase has hated blue cheese all her life. “That funk is all I taste,” she says. “Blue cheese just kind of ruins everything.” And she’s not the only one who feels this way, either.

“Nobody is ever ‘meh’ about blue cheese,” says Pamela Vachon, a freelance food writer and cheese educator at Murray’s Cheese in New York City. “It’s always a strong feeling, whether it leans toward love or hate.”

The reasons why some people adore blue cheese and others detest it include exposure, evolutionary instinct and, of course, personal preference. But some dismiss this very broad category based on erroneous, outdated or incomplete information. With an open mind and the right approach, almost anyone can find the right blue for them.

What Is Blue Cheese?

Whereas a cheese like Parmesan is strictly regulated, blue is a wide open wheel. Blue cheese is often ripened with edible cultures from the mold Penicillium and can be made from cow, sheep, goat or plant milk. This creates semi-soft varieties encased in bloomy rinds, as well as tart blues that crumble on contact.

The methodology is ancient. Some historians believe that Pliny the Elder was writing rave reviews of Roquefort, a French blue made from sheep’s milk, as early as A.D. 79.

Say the word “Roquefort” today, however, and “a fair number of people will pantomime their opinion by holding their nose and rolling their eyes, or worse,” writes Joshua Levine in Smithsonian. While most blue cheese has a strong scent that some find off-putting, it’s not always indicative of the gently nutty or even sweet taste. Like wine, cheese aromas and flavors are rarely identical.

There are also elemental reasons why some people recoil at the sight of blue cheese, and it usually has to do with the noticeable blue mold within the creamy cultured milk. “We grow up learning that mold is bad, and so we have this preconceived notion that anything moldy is bad for us,” says G. Daniela Galarza, a staff writer at The Washington Post and author of the Eat Voraciously newsletter.

Aversion to visible spoilage is an understandable instinct, but almost all cheesemaking involves mold in some capacity. It’s used to culture milk and is cultivated to form the velvety white rind outside a wheel of brie or camembert. Blue cheese, with its ribboned veins and pungent aromas, just wears its mold on its sleeve.

The Wide Range of Blue Cheese

Blues can vary greatly from funky to mild in their smell and flavor, so it’s best to find the right style for your tastes. “Its bark can be worse than its bite,” says Galarza.

For instance, Queso La Parel is a cow’s milk semi-blue from Asturias, Spain. It has a creamy texture and an approachable tang. Ireland’s Cashel Blue is similarly accessible, and Cambozola, a cross between brie and gorgonzola, has been called a “beginner’s blue.”

Few of us are as tenacious as Haase, the blue cheese hater in Wisconsin who “kept trying different blue cheeses for years” before swearing it all off. More likely, we sample a few lackluster salad crumbles or tinny-tasting schmears before we decide it isn’t for us. But, like rosé or Lambrusco, the caliber of blue cheese made and available in the U.S. has improved dramatically over the last 20 years.

“Throughout the 80s and 90s, blue cheese was thought of as a one-note product—an astringent, acidic, strongly flavored cheese you only want a little bit of, and never would you eat it on its own,” says Marguerite Merritt, the marketing manager for Rogue Creamery in Southern Oregon.

Modern craft cheesemakers create elegant blue cheeses given time to age properly. This is due to market shifts. Aging is expensive, younger generations of shoppers spend more on specialty foods than their predecessors and the introduction of quality cheese to national supermarkets. There has quite simply never been a better time in America to taste the diversity of blue cheese.

“It doesn’t have to be a strong, powerful cheese,” says Merritt. “It can be nuanced and layered.”

Cynics might argue Merritt is biased since Rogue Creamery’s lineup includes Rogue River Blue, a cheese that made international headlines when it became the first U.S. cheese to win a global cheesemaking championship. But that very fact points to the quality of blue cheese available.

“There are blue cheeses out there that I wouldn’t touch,” says Merritt. “But ones made with the finest ingredients and European-style, handmade tradition? Those are entirely different cheeses.”

Additionally, pairing blue cheese with the right food or drink can help ease haters into enjoying it. Vachon believes we don’t do blue any favors by introducing it to people via wings or salads. “Both add vinegar and, in the case of wings, hot sauce to the occasion,” she says, “which just amplifies the pricklier aspects of blue cheese.”

A better compliment might be fruit or dessert wine. “People who are on the fence should try it with wines that they already love, and then maybe also try it with foods they already love,” says Galarza. “So, if you happen to like honey, get some honeycomb, and have it with some blue cheese to see if you like it.”

If you’re a blue cheese lover, or a long-time critic but are willing to give blue cheese a try, give these three options a taste.

Mild and spreadable, with the faintest blue ribbons throughout, this is a great option for blue cheese skeptics. Its buttery flavor and texture and edible bloomy rind will put brie fans at ease, too.

Made by hand on a 200-acre farm in Tipperary, Ireland, this bright, creamy cow’s milk blue is especially approachable when it first hits the market, at 6-10 weeks old. Enjoy it within three months of sale, after which it can take on a sharper tang.

This award-winning blue cheese from Southern Oregon is made with pasteurized cow’s milk and has elegantly subtle, fruity flavors. It’s available nationwide but produced seasonally, so availability can be limited.