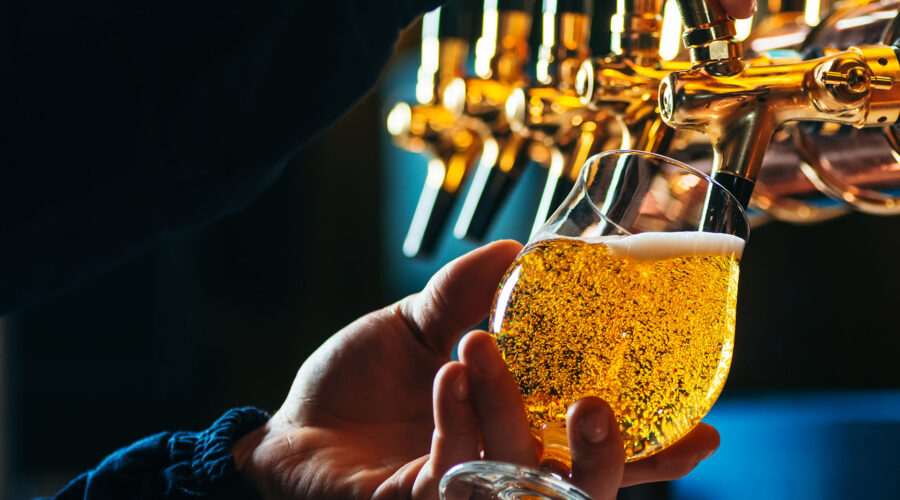 What the CO2 Shortage Means for Beer, Hard Seltzer and Other Drinks


Over the summer of 2022, Night Shift, a large Massachusetts brewery, shocked drinkers and the larger craft beer industry when it abruptly announced that it would cease brewing at its flagship location and begin using a contract partner to fulfill orders.

There were several reasons for the change, including the lingering effects of Covid-19 on the marketplace and a can shortage. But chief among the issues was losing access to a supply of carbon dioxide (CO2), a gas critical for beer production.

“Last week, we learned that our CO2 supply has been cut for the foreseeable future, possibly more than a year until we get more,” the brewery wrote in an Instagram post. “Breweries depend on CO2 to make beer, so this was pretty awful news to get. Seems like this will be an issue that impacts a lot of local breweries, so we’re probably one of many breweries facing this new threat to our business.”

That statement has rung true for a growing number of the country’s more than 9,000 breweries as well as other beverage companies, including, wine, hard seltzer and ready-to-drink (RTD) producers, which rely on copious amounts of CO2 to get products to the market.

“​If breweries cannot get beverage-grade CO2 for brewery use, the brewery may need to cease production,” says Keith Lemcke, an instructor and marketing manager at the Siebel Institute of Technology in Chicago.

Why Is There a CO2 Shortage?

The CO2 shortage can be traced back to supply issues that began near the start of the Covid-19 pandemic, coupled with an increased need for the gas across multiple industries like cannabis and vaccines, according to Amy George, president of Earthly Labs, a company that helps businesses capture and utilize CO2.

In the beverage space alone, increased production of relatively new categories like hard seltzer and ready-to-drink cocktails have added to the squeeze.

Monitors of the industry, like George, say there is not much relief in sight.

Why Is CO2 So Important?

It is an important component in beer “from a stylistic standpoint,” says Lemcke. In the finished product it is most apparent in the form of carbonation. The prickly bubbles that arrive on the tongue are the result of CO2 being forced into liquid.

While carbonation is a natural byproduct of fermentation, it rarely creates the robust level that drinkers are accustomed to for lagers, ales, flavored hard seltzers and Champagne.

The gas is also critically important in beverage manufacturing, as it keeps oxygen out of the process, which can introduce off flavors, especially to beer.

“Every time beer is moved from one place to another, brewery staff may use CO2 to displace any air that is inside pipes, hoses, tanks, pumps and, especially, in bottles/cans/kegs just prior to filling,” says Lemcke. “Even the smallest amount of O2 can [cause] problems in finished beer, so brewers tend to use a lot of CO2 to push O2 out of their equipment.”

Moving to an alternative way of displacing air from equipment, like flushing with water or gaseous nitrogen, may not be an easy option for breweries, Lemcke notes. And if a brewery “rations” their CO2 use for purging equipment, the resulting high O2 levels could affect beer stability, resulting in stale flavors and beer haze occurring more quickly in their packaged products.

Finding Solutions to the CO2 Shortage

There are some solutions for beverage makers in the form of equipment that can capture CO2 produced during brewing. These machines have been in use in breweries for years.

Alaskan Brewing was the first craft brewery in the U.S. to add a CO2 reclamation system. Installed in 1998, it uses the captured CO2 for tank purging and packaging. It has eliminated the need for the brewery to import CO2 into the remote city of Juneau. The brewery says that the system prevents more than one million pounds of CO2 from being released into the atmosphere.

“Small recovery systems may not make sense for very small breweries from a return on investment (ROI) and operations standpoint, but, as with a lot of brewing equipment, price and utility of brewery equipment tends to come down over time,” says Lemcke.

That equation now makes sense to Odell Brewing in Colorado, which recently announced that it is in the process of installing a CO2 recapturing machine. The brewery estimates it will save 1.4 million pounds of CO2 from entering the atmosphere.

“This closes a loop we’ve wanted to close for a long time,” says Matt Bailey the brewery’s plant manager citing a desire to make the brewery more environmentally friendly. He says Odell Brewing has been looking at CO2 recapturing equipment since 2013 but ramped up efforts when shortages occurred in 2017 and then committed to installation in 2020.

“Per EPA calculations, that equates to the annual carbon emission of 70,000 gallons of gasoline,” the brewery said in a press release. The system is scheduled to come online in April 2023.

Not all CO2 is suitable for beverages. The gas that is used for beer, hard seltzer, wine and other categories must be rated for consumption.

“Industrial CO2 can be derived from a variety of sources,” says Lemcke, “so it is important that the gas contains no artifacts from its production source.”

“As brewers we need to all take a step back and look at what we produce and how to do it responsibly,” says Bailey. “Sustainability is something we are passionate about, most brewers are. Working together we can do a lot of good.”