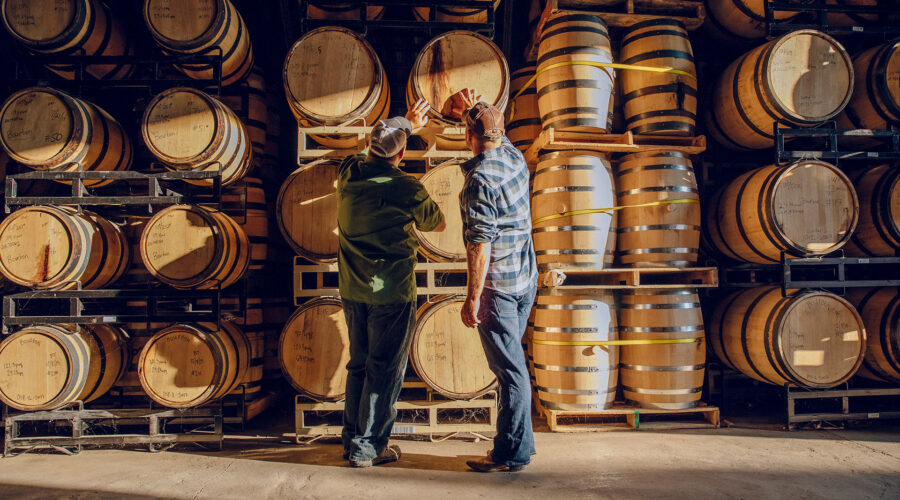 American Single Malt May Soon Be an Official Designation


While many consider “single malt” to be synonymous with “Scotch,” by the end of 2022, American single malt whisky will likely become an officially regulated category.

And yes, it may be spelled “whisky,” not “whiskey,” as is standard for most American-made whiskeys. Just like Scotch and Japanese single-malt counterparts are whiskys.

A Long Path to Recognition

This development has been a long time coming. As the number of craft distilleries grew, particularly during the past 20 or so years, many began to develop single malts.

In 2016, producers banded together to create a trade group, the American Single Malt Whiskey Commission (ASMWC). The initial group of 70-plus, distilleries called for the category to be protected by the U.S. government, alongside rye or bourbon.

Three years later, a coalition that included the ASMWC and the Distilled Spirits Council of the United States (DISCUS) urged the Treasury Department’s Tax and Trade Bureau (TTB) to establish a standard of identity for American Single Malt Whiskey.

The pandemic stalled progress, but the coalition, which grew to nearly 100 single-malt producers, again petitioned the TTB in April.

“This new standard will establish trust in the category, clarify label declarations, and equip consumers with the necessary information to make informed purchasing decisions,” the coalition stated at the time.

On July 29, the TTB issued a Notice of Proposed Rulemaking, which started the process to establish an American Single Malt Whisky designation.

“This is great news for U.S. distillers and consumers,” says Chris Swonger, DISCUS president and CEO. “The formal establishment of standards of identity for American Single Malt Whisky is a clear recognition that this rapidly growing category is unique and deserves to be defined and protected as a distinctive product of the United States.

“Consumer fascination with American Single Malt Whisky is at an all‐time high and establishing a clear definition will drive innovation and help maintain the integrity of this category as more products enter the market.”

He sees the ruling as a part of a future “where consumers are well-informed about the American Single Malt category, and distilleries can build their brands and craft excellent whiskey.”

It’s a potentially historic moment for the industry.

“It has been decades since a new whisky category of this magnitude has been added,” says Gareth H. Moore, Virginia Distillery CEO, and treasurer of the ASMWC. Just 15 years ago, American whiskey was seen by many as interchangeable with bourbon, he says, although the resurgence of rye diversified that view. An official American Single Malt category would further broaden the landscape.

The new category isn’t a done deal just yet. The TTB invited interested parties to comment on the proposed rule until Sept. 27. While some tweaks are possible, odds are high that designation will pass, likely by the end of the year.

At present, the TTB defines American single malt whisky as: made from 100% malted barley; distilled entirely at one U.S. distillery, mashed, distilled, and aged in the United States; distilled to 160 proof (80% abv) or less; and matured in oak casks that hold no more than 700 liters.

Neutral spirits are not permitted, but “allowable” coloring, flavoring and/or blending materials are acceptable.

While many distillers seem pleased by that definition, others have concerns. Among those who have spoken publicly or posted comments on the rulemaking docket, many take issue with the relatively open-ended parameters, though such flexibility was deliberate.

“We advocated TTB for a non-constrictive definition of the American Single Malt category — no age statement requirements, new oak requirements, etc. —intentionally so that we weren’t stifling innovation in a relatively young category,” says Moore.

One particular area where opinions diverge: Compared to bourbon, which requires new oak barrels, the broader definition of “oak casks” means that new or used barrels can be employed to make American single malt. The latter is similar to Scotch, which can create a lighter, less vanilla-forward flavor.

“Stranahan’s is thrilled that the designation allows for distilling experimentation and a freedom for producers across the United States to make spirits that are uniquely theirs,” says Martin.

Some want more specific definitions. For instance, what constitutes “allowable” coloring, flavoring and/or blending materials? Multiple commenters protested its inclusion or said it should be disclosed.

Others suggested that minimum aging requirements be added, or that information about the state or region where Whiskey is distilled be a labeling requirement.

A few want the single malt definition broadened even further. A representative from Tennessee’s Chattanooga Whiskey, for example, suggests that the 100% malted barley requirement be reduced to “at least 51%” to allow other malted grains to be included.