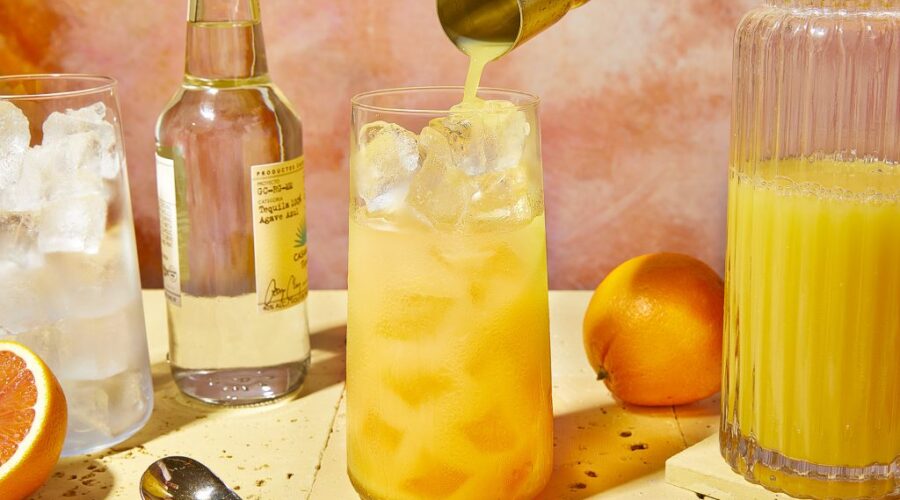 How to Make a Tequila Sunrise


Best known for its dramatic, layered appearance that indeed resembles a sunrise, the Tequila Sunrise has an equally dramatic (and layered) history.

To start with: There’s more than one Tequila Sunrise cocktail. The earliest one dates back to around 1930, when it was created at the Agua Caliente racetrack and hotel complex in Tijuana. Made with tequila, lime juice, crème de cassis, grenadine and soda water, the drink was promoted as a hangover remedy.

Yet, the best-known version was created in 1970 by Bobby Lozoff, a bartender at the Trident restaurant in Sausalito. His version included both tequila and a splash of gin (the latter usually omitted from modern-day versions), orange juice, and grenadine, sunk to the bottom for an ombre effect. In 1972, he served the drink to Mick Jagger of the Rolling Stones. From there, it became the band’s semi-official drink for their American tour, and skyrocketed in popularity, cementing its place in the cocktail canon.

The two main components of the drink are tequila and orange juice. While lightly aged reposado tequila wouldn’t do any harm, crisp blanco is best for preserving the bright hue of the orange juice (preferably, fresh-squeezed).

The third key component is grenadine, although some versions use crème de cassis, a blackcurrant liqueur, instead. Either way, the point is to use something that’s heavier and denser than the tequila-and-OJ mix, so the syrupy ingredient will sink to the bottom to create the desired sunrise effect.

There are a few ways to accomplish this: The grenadine (or liqueur) can be poured over the rounded side of a spoon or the flat top of a large ice cube, so it cascades down into the drink, or it can be carefully poured along the side of the glass so the viscous liquid settles at the bottom, for a more crisply layered appearance. But frankly, the Tequila Sunrise doesn’t require a fussy technique: Simply dump the grenadine (or cassis) into the drink, and still get a satisfying sunset effect.

¼ ounce grenadine* (or crème de cassis) (ingredients and recipe below)

How to Make Homemade Grenadine

Fill a highball glass with ice, then add tequila and orange juice.

Pour grenadine (or crème de cassis), as close to the side of the glass as possible, so it will sink to the bottom of the drink.

Garnish with orange slice and cherry.